FROM THE MAGAZINE: Europe’s divided approach to China

The Chinese investment effort that seeks to deepen infrastructure links across Asia, Africa, Europe and Latin America – the Belt and Road Initiative (BRI) – is a step closer to expanding its influence in Europe. Sophie Barnes reports. 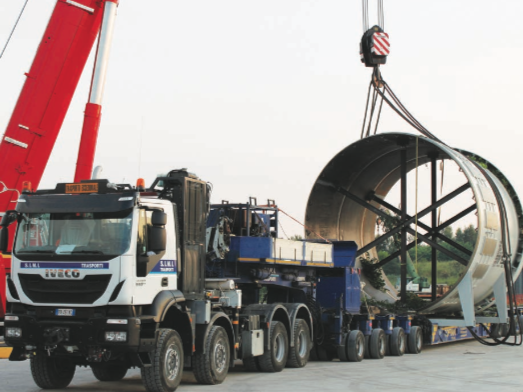 China’s ambitious Belt and Road Initiative (BRI) once again expanded its geographical reach in March, when Chinese officials signed memoranda of understanding (MoU) with Rome, signalling Italy’s participation in the state-led investment effort. As China’s influence spreads, the agreement could have ramifications for the rest of Europe.

In total, Chinese investors reportedly signed 29 separate deals amounting to USD2.8 billion worth of projects. Among the agreements – covering energy, finance, agricultural produce, and the potential for Italian oil, gas and engineering firms to enter into the Chinese market – a number of deals concerned port infrastructure projects. Notably, developments have been earmarked at the ports of Trieste, Genoa and Palermo, which could give Chinese goods faster access to Europe.

As other European ports enjoy the benefits of Chinese investments – Greece’s Piraeus port, which is majority-owned by Cosco Shipping, for example, as well as Koper in Slovenia and Croatia’s Rijeka in the Adriatic trade network – China’s deep pockets proved difficult for Italy to resist.

If the Chinese sign agreements with Italy to build real infrastructure, this could be a positive result of the talks...

After slipping back into a recession in 2018, Italy’s project logistics market has been held back by the absence of an investment programme. The lack of initiatives from the Italian government to spur on spending has been heavily criticised. Further still, the high-profile Genoa bridge collapse last year was a tragic example of Italy’s decrepit transport infrastructure.

Paolo Federici from Italy’s Fortune International Transport explained: “If the Chinese sign agreements with Italy to build real infrastructure, this could be a positive result of the talks as, currently, the country is suffering from an infrastructural gap.

“However, a negative result will be handing over the key of our home to a foreign authority.”

There is no denying that there are benefits to reap and the heavy lift and project logistics sector will be one of the first to profit from the growing number of BRI- linked projects. The initiative should create significant demand for over-dimensional cargo and breakbulk deliveries, as well as significant quantities of bulk commodities. Several European leaders, however, expressed alarm about China’s increasing

influence and the MoU’s potential ability to divide Europe. It remains to be seen whether other European countries will follow Italy’s lead and accept BRI funds, or whether there will be a continental push for stronger oversight of Chinese investment.

“Surely the connection between China and Europe is important and will be mutually beneficial. But it should be negotiated between Europe and China,” added Federici. “Leaving the negotiation to each single country will only create competition among the smaller nations. A strong Europe is essential and the latest political developments, where divisions among various European countries are increasing, is not good news for the project logistics industry, but very good for our Chinese partners.”

According to Federici, the election in May to choose the new European parliament will be an important step to see whether Europe will grow together, or return to single-country politics.

France, Germany, Hungary, Italy, Latvia, Lithuania and the UK have all strengthened, or are in the process of strengthening, their investment screening regimes; while Belgium, the Netherlands, Czech Republic, Greece, Slovakia and Sweden are considering setting up or reinforcing their investment review mechanisms.

Still, China actually tightened the purse strings last year, with investment in Europe falling by 70 percent year on year to USD22.5 billion, according to a report by law firm Baker McKenzie and research consultancy Rhodium Group. The dramatic decline was linked partly to the USD43 billion acquisition of Syngenta by ChemChina in 2017, which distorted the average investment figures.

The far-reaching implications of China’s initiative may be hard to avoid, however. The country already has a strong foothold across Africa, having supported a number of projects on the continent. Russia is also looking east for new investment; improving Sino-Russian relations are seen by many as a result of the latter’s annexation of Crimea in 2014 and the imposition of EU and US sanctions. China is now increasingly involved in Russia’s major capital project developments.

A market analysis by Militzer & Münch Group in October 2018 took a closer look at the logistics opportunities related to the BRI. 43 percent of the fund will be allocated for projects in the Middle East. 23 percent will be invested in Southeast Asia, and 12 percent in Russia, according to the report.

The total sum invested globally is estimated to reach approximately USD1.1 trillion, meaning there should be an abundance of infrastructure projects that will invole logisticians.

According to Lothar Thoma, M&M Militzer & Münch ceo, there “is little chance for European logistics companies in China directly”. He added: “Opportunities present themselves in those countries where China is not yet, or only scarcely, active. We profit from these opportunities in Kazakhstan and in Central Asia, for instance.”

Today, logistics is mostly decided upon in Europe and the USA, but in the future these decisions will come increasingly from China, as big Chinese enterprises are gradually conquering the world market.

Militzer & Münch also observed that there is a shift of decision-makers in the global logistics market. “Today, logistics is mostly decided upon in Europe and the USA,” explained Thoma, but “in the future these decisions will come increasingly from China, as big Chinese enterprises are gradually conquering the world market and developing their own supply chains.”

Highway to the East

China also joined the World Road Transport Union’s (IRU) TIR system, an agreement that shaves off numerous border control checks and red tape regulations, in January 2019. A Chinese truck can now drive from the Chinese border to Western Europe in as little as 13 days.

Capitalising on this, Ceva Logistics is starting a regular trucking service between China and Europe. One of its first shipments – 70 cu m of garments – arrived in Spain 16 days after departing from South China. The truck travelled via Kazakhstan, Russia, Belarus, Poland, Germany and France.

While consumer goods will be the cargo of choice, Moscow-based forwarder DAS expects heavy equipment and machinery to be moved by truck from China to Europe in the future, too.

This article has been taken from HLPFI's May/June 2019 edition.