As part of its 2023 Vision, Turkey has committed to a series of infrastructure, energy and transport-related projects that will all require heavy haulage services in one form or another. This increased demand for project logistics services has spurred one organisation in particular, Agir Nakliyeciler Dernegi (AND), to take action to ensure problems affecting companies active in the sector are resolved.

AND, founded in November 2016 by 13 leading heavy haulage companies, seeks the “removal of all legal and infrastructural obstacles faced by heavy haulage on a national and international level, so as to enable its members to develop more efficient and effective logistics operations”. AND also offers advice, documentation and training opportunities to its members.

Some of the issues relate to vehicle registration and permission documents. “In order to transport cargo correctly, the vehicle must receive several permissions, including empty transport permission to go to the loading address, permission for the transport itself, and also empty return permission,” said Dal.

Should a logistics provider want to use a more unconventional trailer formation, for example, “a hydraulic trailer used with the draw bar attachment, or a semi-trailer used with the gooseneck attachment”, it can be difficult to categorise these arrangements on vehicle registration documents, said Dal. Vehicles need to be classified as trailers or semi-trailers, and when they do not fit in those categories, “they may not pass the TÜV-TÜRK examination – a motor vehicle inspection”.

Samet Gürsu, board member and vice-president of AND, said: “Heavy haulage trucks with permits are not able to transport cargo on highways and the authorities divert them to public roads. These public roads are narrow, with only two lanes. It would be easier if trucks were permitted on highways, which have three or four lanes.

“A move is made even more difficult due to heavy haulage trucks not being permitted to transport cargo at night,” added Gürsü.

The blanket permit causes additional problems for hauliers. “There is only one type of road permit available, which only covers one trip of up to 15 days. The cargo’s dimensions are irrelevant as the permit price is fixed.”

An issue faced by many road hauliers in Turkey is the types of axles permitted on its roads. According to current legislation, forwarders are not allowed to use semi-trailers with pendular axles on Turkish roads.

Karun Makina is a company that has applied for membership of AND. Seyfi Karli, the company’s sales manager, crane and trailer – is pushing for greater awareness of the advantages of modern heavy-duty transport technologies. “We are permitted to offer a massively limited number of transport solutions on Turkish roads, so we need a minor revolution in the Turkish heavy haulage industry.” 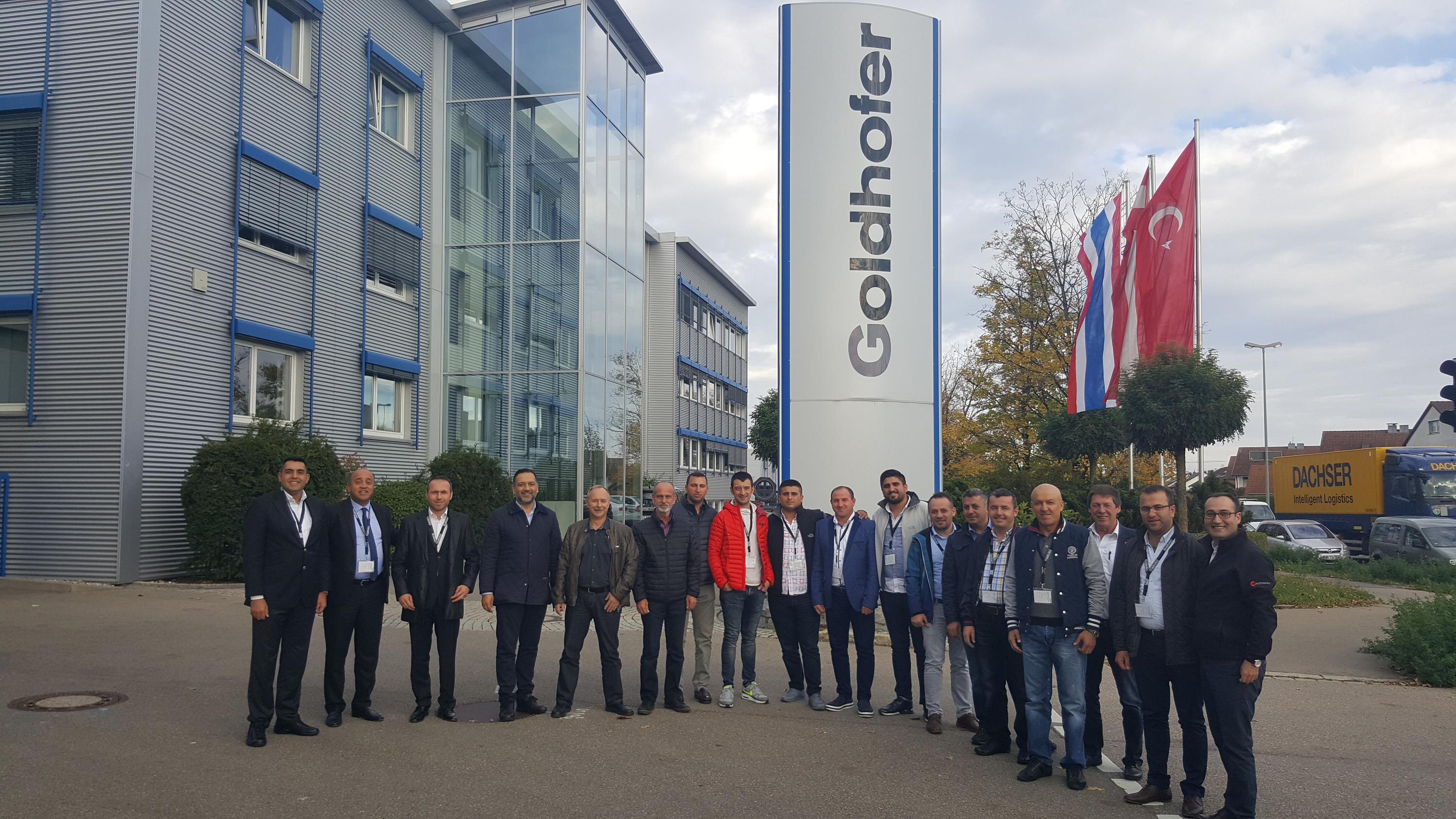 Karli recently organised a trip for 17 AND delegates to Goldhofer’s headquarters in Memmingen, Germany, to introduce them to the modern solutions – such as the PST and THP modules – available from the trailer manufacturer. The representatives gained firsthand experience of various vehicles in action, and showed particular interest in the FTC 300 and FTC 500 blade transport devices, as the wind power industry is experiencing significant growth in Turkey.

The range of transport solutions on display demonstrated the versatility and capability of the latest heavy transport equipment currently available on the market. A great deal of that equipment is currently prohibited for use in Turkey.

AND will soon begin negotiations with the relevant government representatives, and the delegates hope to present their findings from Goldhofer as part of wider arguments to convince the authorities of the advantages and long-term benefits of modern heavy-duty transport technologies, such as the pendular axle.

Selcuk Görmezoglu, general manager at Magdenli Transport and Trade Company, agreed with Cuhadar, saying that “there are constraints which need to be regulated when it comes to the rules and regulations of heavy transportation in Turkey.

“Magdenli collaborated with the Turkish highway authorities to put together a draft set of regulations for heavy transport, which is similar to the set-up already in place in European countries.

“Government support for these initiatives is vital, so we are grateful to receive backing from the assistant minister, as well as the General Directorate of Highways, which is helping us to fine-tune the document so that it will be ready to be published and implemented.”

This article has been taken from HLPFI's May/June 2018 edition. Click here to find out more about subscribing to the magazine.