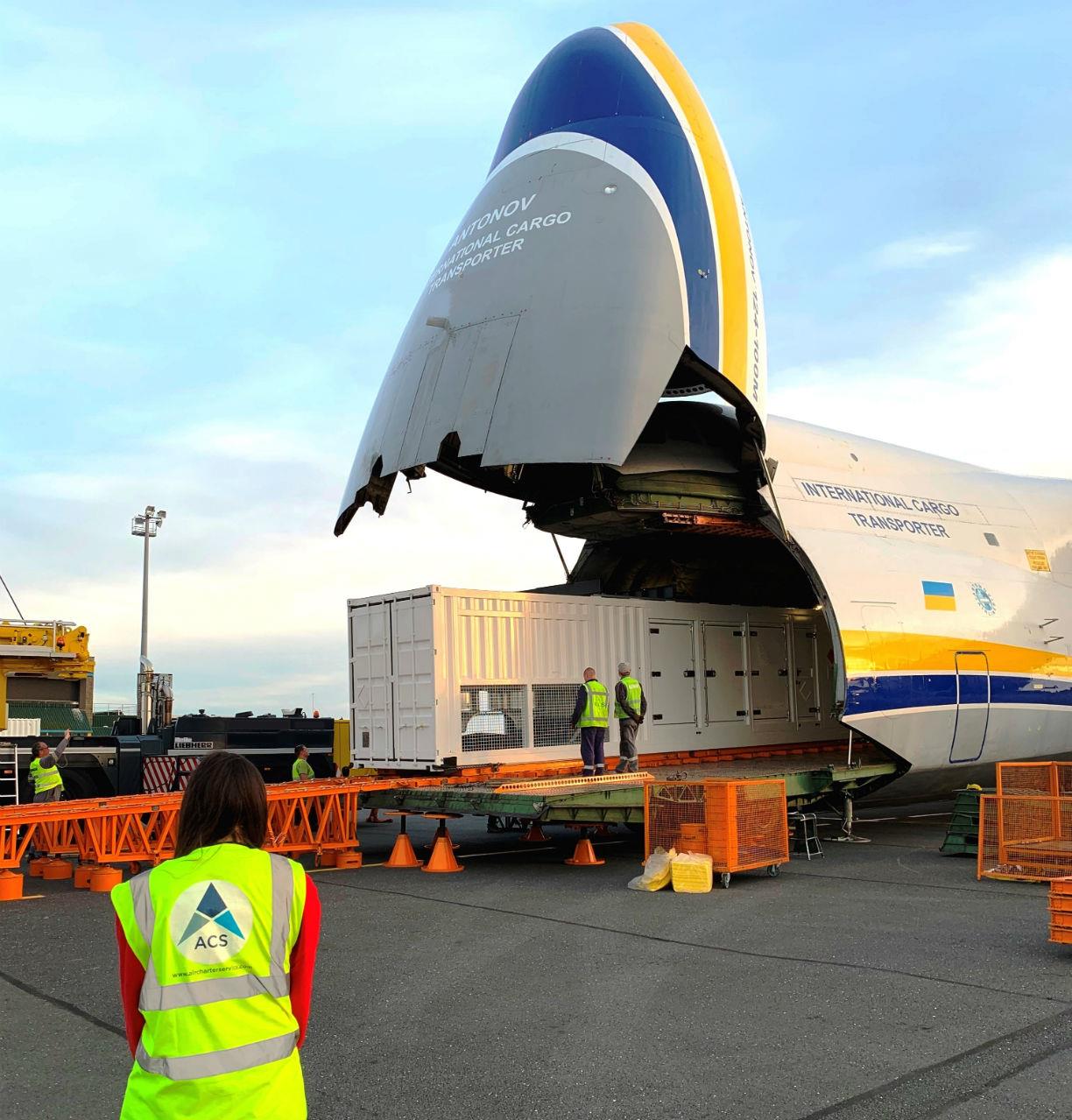 The shipment comprised ten 40 ft containers, weighing 35 tonnes each, as well as additional cargo weighing approximately 40 tonnes. The cargoes were transported from France and delivered to Niger’s capital, Niamey.

Alex Busila, cargo director of ACS’s French office, explained: “The only aircraft capable of carrying three 40 ft containers of this weight in one go is the AN-124. The tenth container was accompanied by another 40 tonnes of supplementary outsized cargo necessary for the construction.”

The flights started in mid-May and were scheduled to take place one week apart from each other, with the final delivery taking place in mid-June.