ALE has completed its full scope of work for Ørsted’s Hornsea Project One offshore wind farm, located in the North Sea. 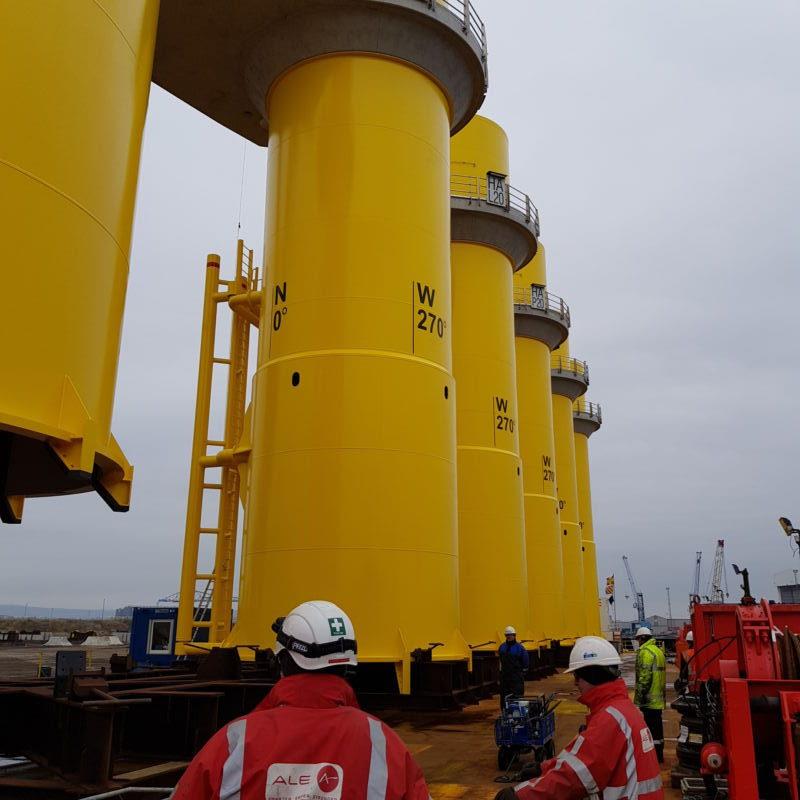 The company was contracted by GeoSea to provide the specialist offshore engineering services alongside the marine transportation, sea-fastening and load out of over 100 transition pieces (TP) in the UK.

The initial scope of the project began in March 2018 with the load-out of the first TPs, each weighing 337 tons (306 tonnes) and measuring 25 m high, from the fabrication yard onto the Sarah S barge, as HLPFI reported here.

ALE’s subsidiary Conbit provided the specialist offshore engineering for the project and performed the structural integrity assessments and seafastening calculations of the grillages on the barge deck.

The project was also the inaugural job for ALE’s Sarah S barge. As HLPFI reported here, the S barge is 3 m narrower than most North Sea barges. This, according to ALE, enabled the barge to fit between the quayside and the offshore installation vessel, and within the radius of the latter's cranes.

The project concluded in February 2019.