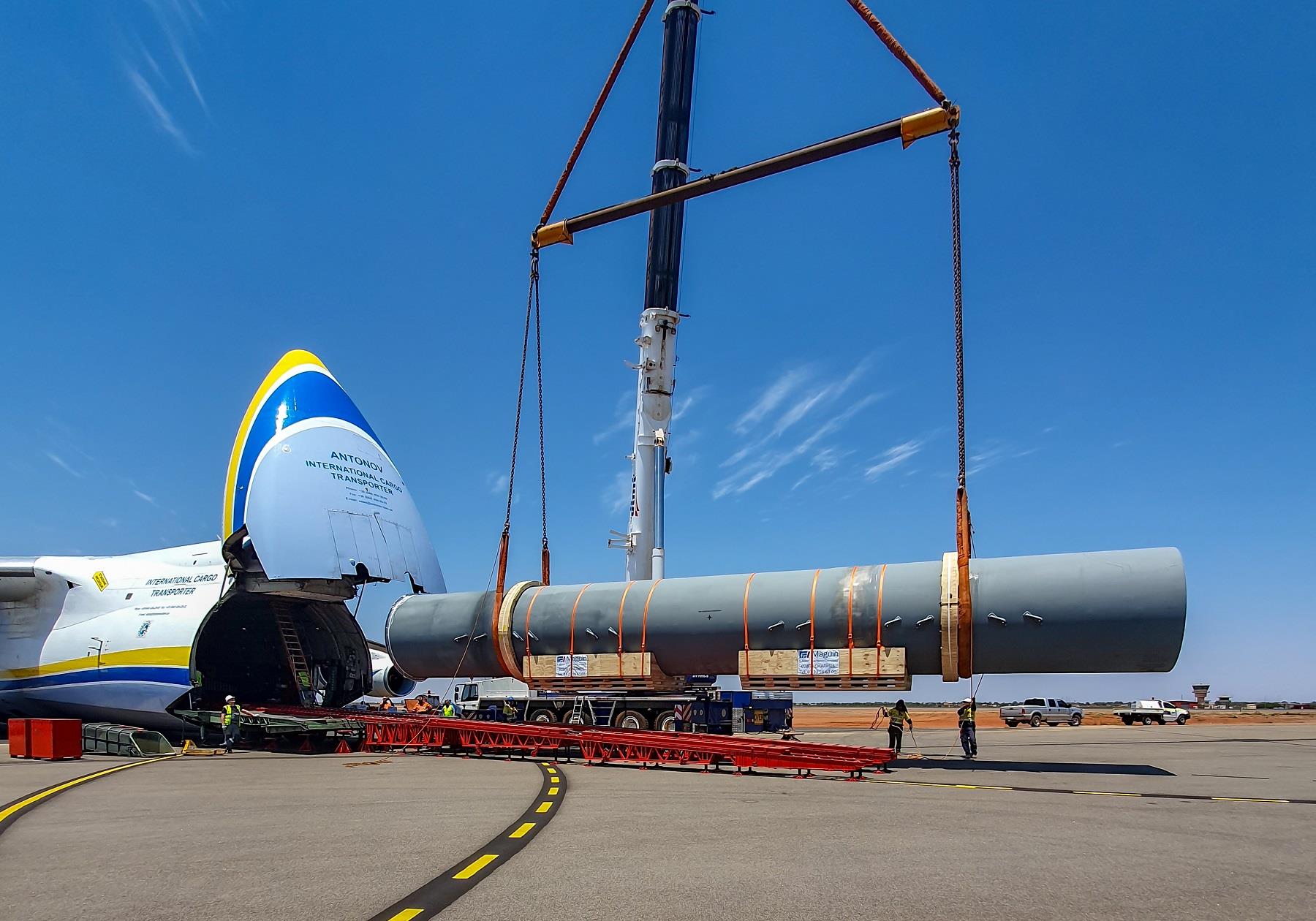 The airline employed eight sub-contractors to complete the project, which involved two AN-124-100 flights as well as the road transport to YPN’s facility in Pilbara.

Graham Witton, managing director of Antonov Airlines’ UK office, explained: “Executing a shipment like this one requires extensive planning, as we not only had to secure the flight permits, but we also had to organise road permits and transport, as well as crane loading and unloading from truck to aircraft and vice versa at the destination.”

Each drum weighed 57 tonnes and was transported in tailor-made wooden saddles designed by the Antonov engineering team.