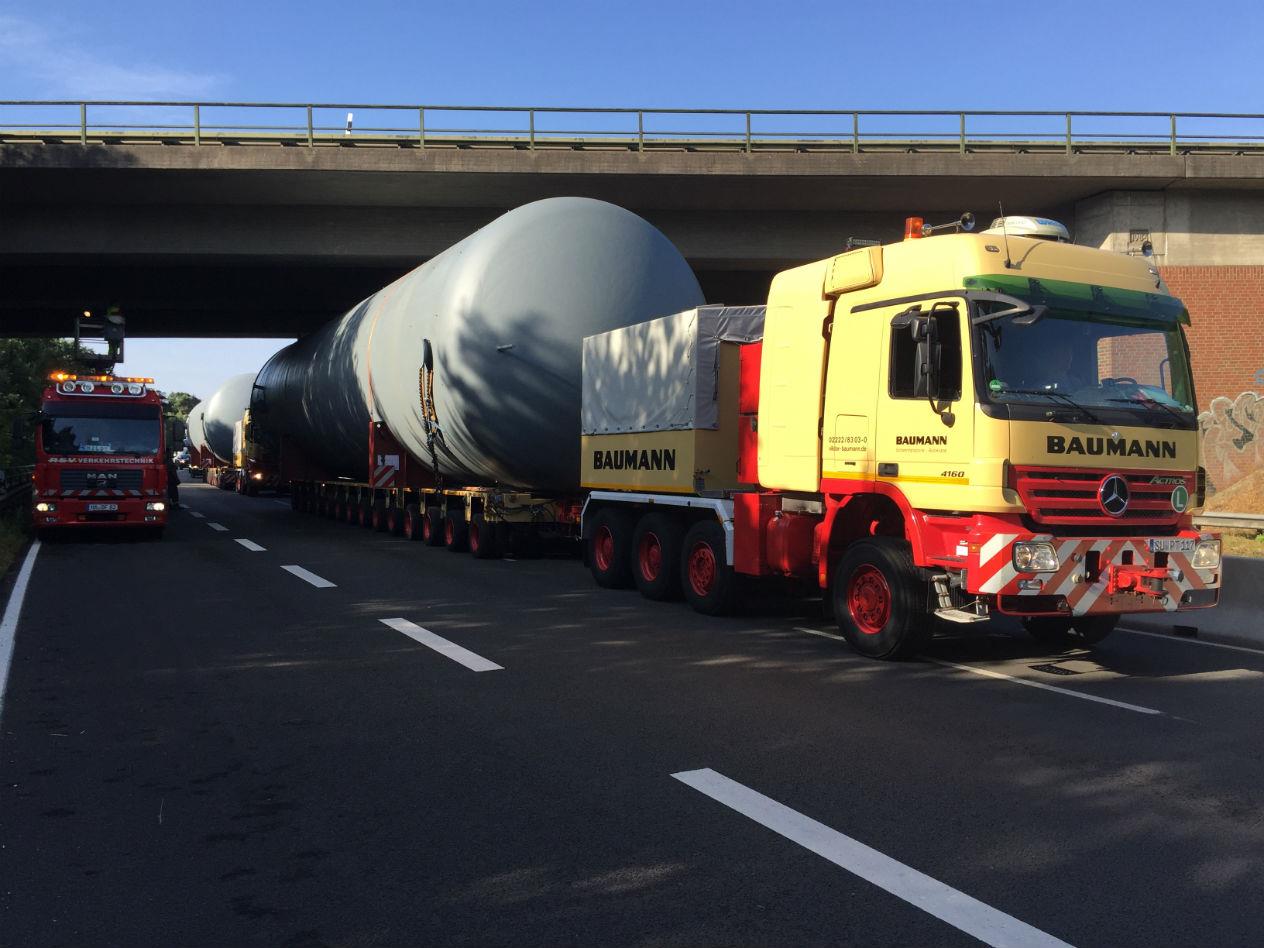 The six-truck convoy utilised 14 axles of Goldhofer modules per truck. The combination, loaded with the oversized cargo, measured 35 m in length, 5.6 m wide and 6.14 m high. Each truck had a gross weight of 186 tons (168.7 tonnes).

Due the size of the cargoes, the usual German night-time transport permit was denied, says Baumann, which meant the cargoes could only be transported on a Sunday during the day.

Due to limited overhead clearance on surrounding roads, the convoy, according to Baumann, had to drive through a small village. Along the route, street furniture had to be removed to allow the convoy to pass.

With minimal clearance, the convoy also had to pass underneath a bridge to reach the inland port in Haren where the cargoes were transhipped. Working in tandem, two mobile cranes loaded the tanks onto waiting barges for onward transportation to Cologne.

The next stage of the project, which is yet to take place, will require the tanks to be reloaded onto Baumann vehicles and transported to the power plant in Hürth where a crawler crane, also supplied by Baumann, will complete the installation.

According to Baumann, seven more heat storage tanks will be delivered to the site from a different loading location.