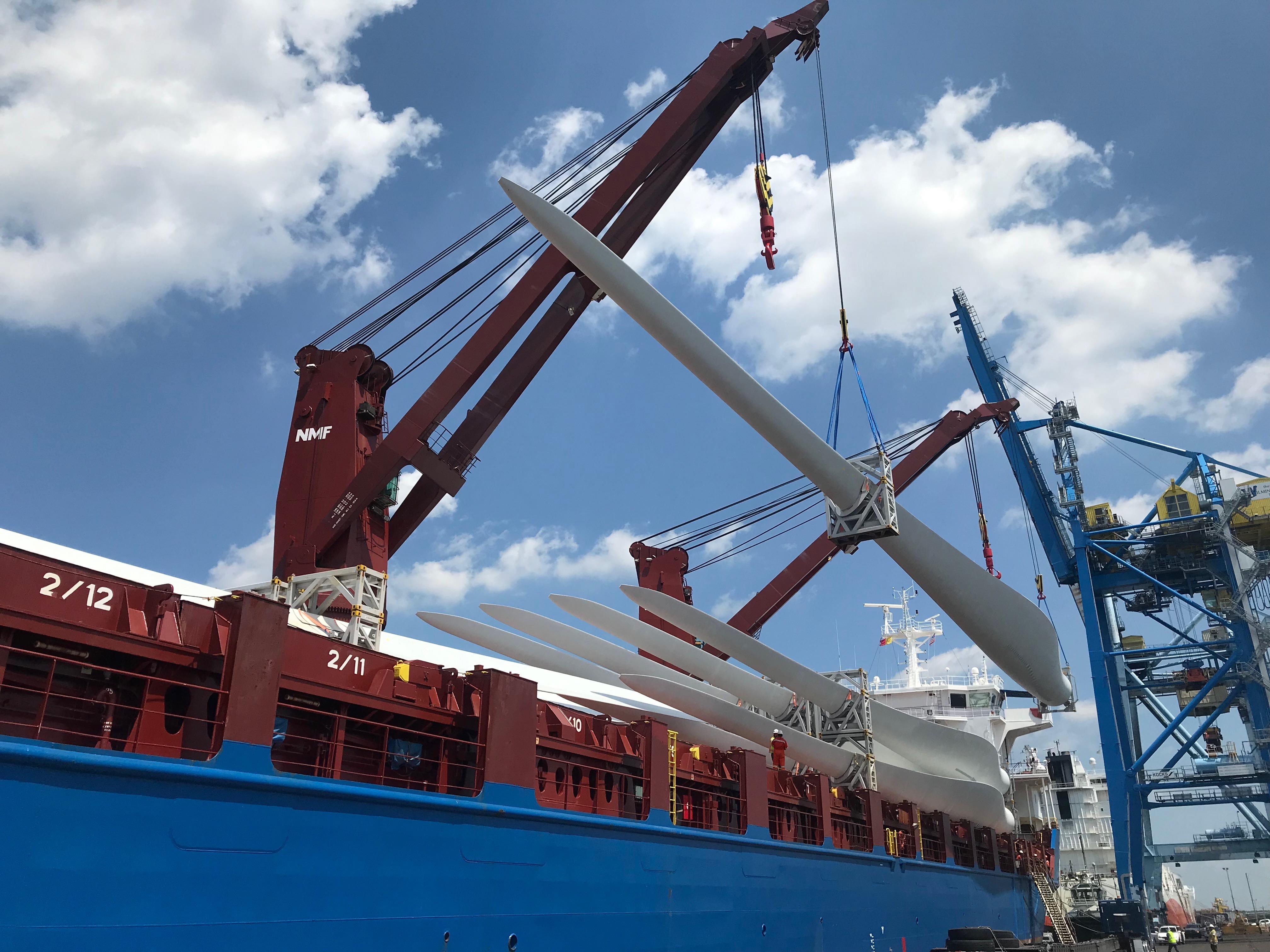 Each blade was manufactured in Brazil, measured over 200 ft (60 m) in length and weighed 13.5 tons (12.2 tonnes). They were shipped to the port of Wilmington on board the BBC Chartering vessel, BBC Topaz. GT USA Wilmington said these were the largest blades it had ever received.

A second BBC Chartering vessel will arrive at the port later in August to deliver a further fifteen 62.2 m blades.