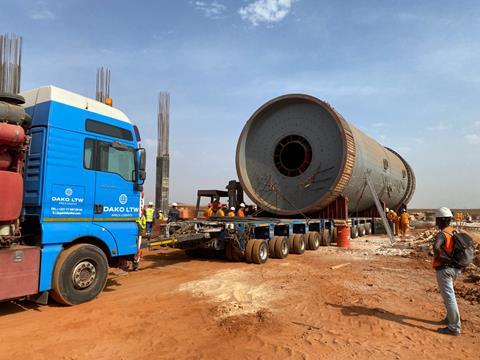 Dako was subcontracted to handle several pieces of the kiln for the new plant and several ball mills, with unit weights up to 209 tons (189.6 tonnes).

Dako’s scope included receiving and transporting the cargoes from alongside the vessel to intermediary storage inside Dakar port in Senegal; the consecutive transportation of all heavy lifts to the site; and the discharge of several components at the final place indicated by the consignee.

In a separate project, Dako has loaded a shipment of wind turbine components in Izmir, Turkey, destined for the USA.