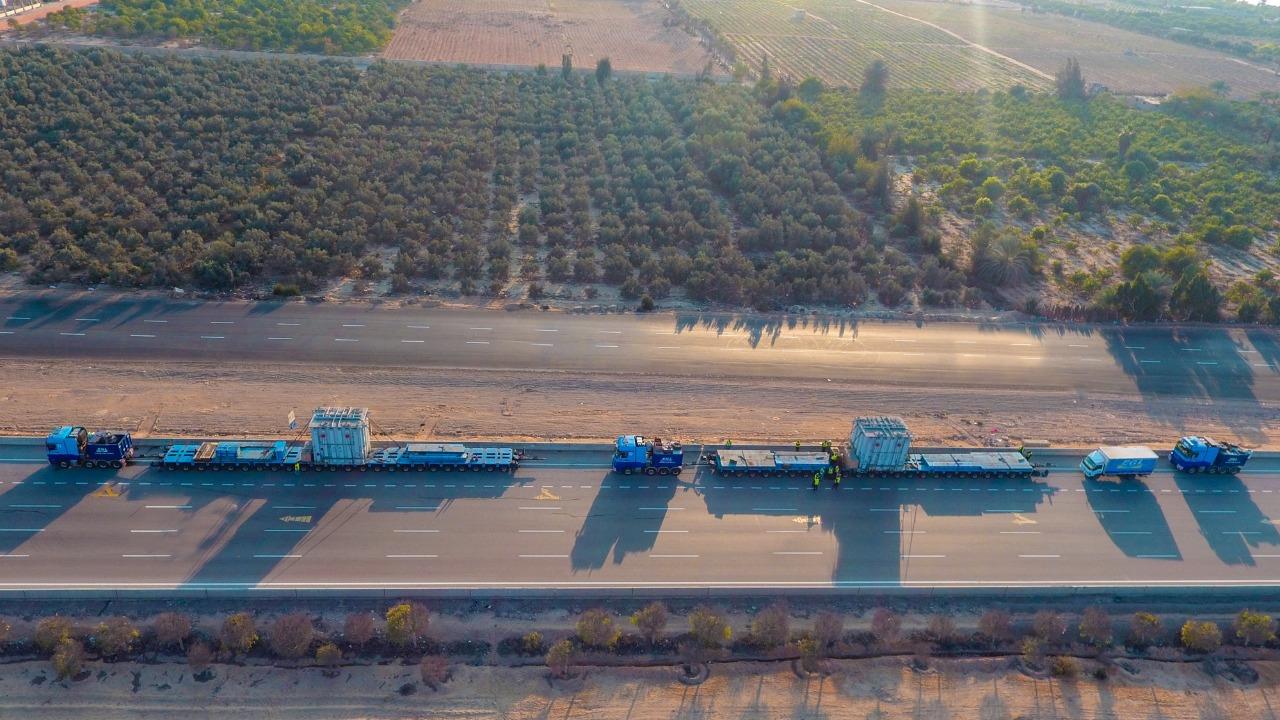 The project site is located approximately 850 km from the port of Dekheila.

Due to congestion at the port, the vessel berthed alongside the container terminal where sufficient storage and unloading space was arranged.

EGL was also responsible for route surveys and transport studies that were used to select the most economic route from the port, taking into account bridges, possible civil works and the removal of street furniture.

Along the route, a bridge in Manqabad had to be reinforced to allow the heavy units to pass across. EGL explained that special calculations and dynamics tests were completed before and after the crossing to make sure that the load did not harm the bridge’s structure.