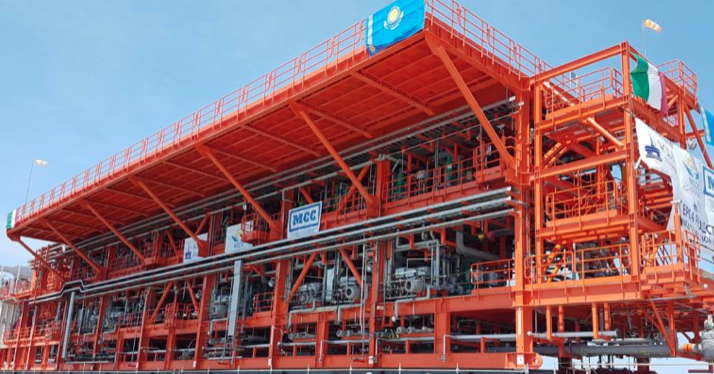 Fagioli determined that the module weighed 1,760 tons (1,596.6 tonnes). Strand jacks were then used to pull the module onto skid tracks and, eventually, onto the barge.

Once secured, the barge transported the module to an artificial island, where Fagioli skidded the structure onto the land.