Laso Transportes has been tasked with the transport of several wind energy components for the Alecrim-Urze wind farm in Paúl da Serra, on the island of Madeira. 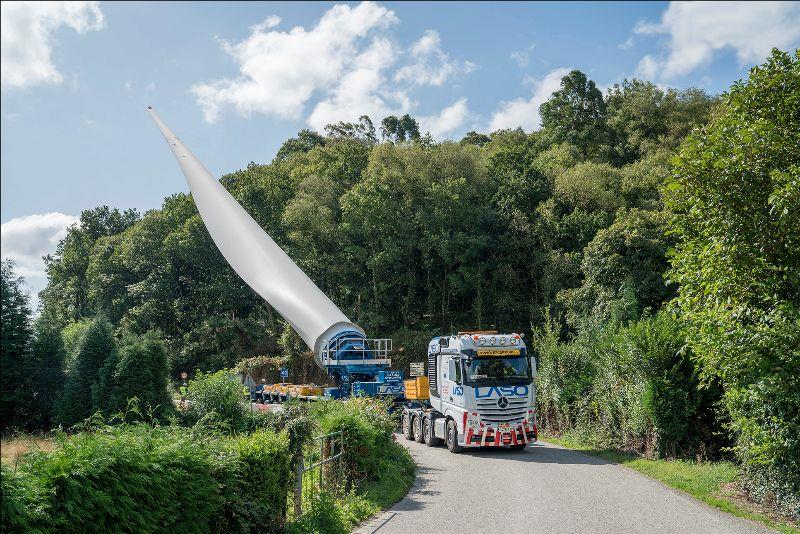 Among the cargoes, Laso will move 12 wind turbine blades, which tip the scales at 67 tonnes each. The first phase of the project will see the components move from Porto Caniçal to Ribeira Brava. Laso will then deploy blade-lifter equipment to transport them to the project site.

This equipment, according to Laso, plays an important role when there are winding roads, tight curves, populated areas and abnormal inclinations along the route.

The company will also transport four 120-tonne generators. Due to the complexity of the route, Laso said these units will be moved in four phases, deploying three different transport combinations. For each generator, up to three trucks will be used to pull the combinations.

The project began on February 14.