Laso Transportes has transported components from León in Spain to Daivões Dam, Portugal. 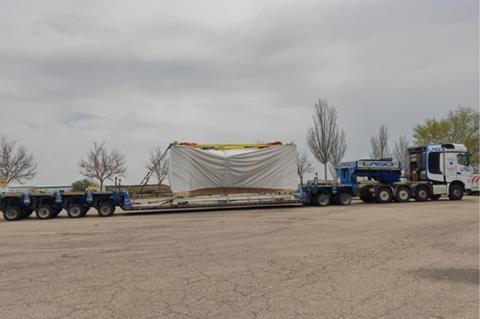 For the rotor, Laso deployed a modular trailer combination. Due to the height of the half stator units – 4.2 m – these cargoes were moved on a lowbed trailer.

Laso also oversaw the road surveys of the route, the itinerary, analysis of the type of equipment to be used, and the removal of obstacles. It was also necessary to improve the road conditions for some sections of the move, said Laso.

A second phase of transports will start during July, Laso said, which will include one rotor unit and two more half stator units.