Rieger & Moser and Fricke-Schmidbauer, part of the Schmidbauer Group, have utilised Liebherr mobile cranes to replace a debarking drum at the Sappi paper factory in Ehingen, Germany. 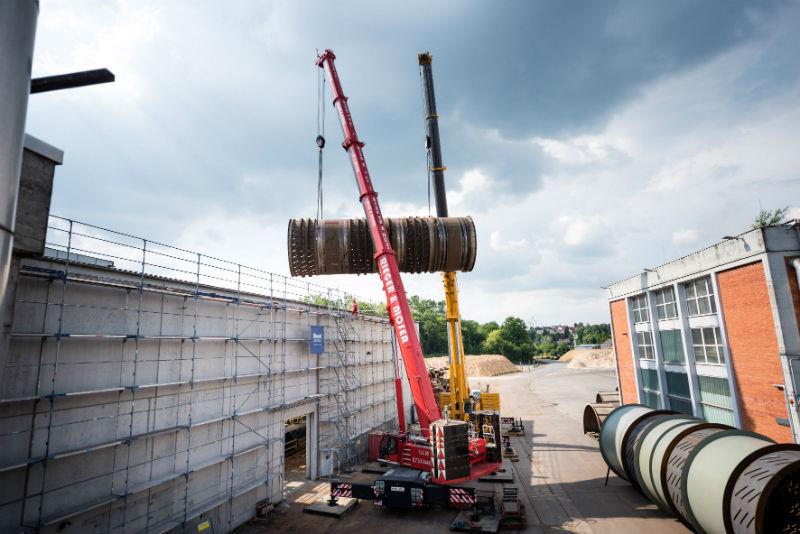 In order to replace the drum, the roof of the factory building was removed. The cranes subsequently raised the old drum out of its initial position, before guiding it through the gap between the two Liebherr cranes.

The cranes were then used to install the new debarking drum, which measured 32 m in length and had a diameter of 5m.