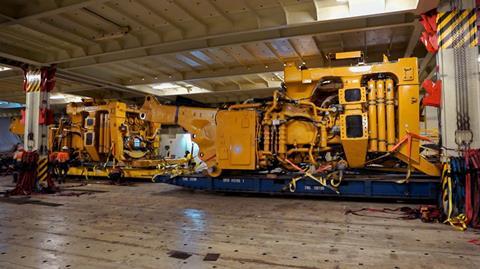 The trucks formed part of a shipment that totalled 3,308 freight tons. Nicolas Fertin, ceo of North Queensland Bulk Ports Corporation (NQBP), said: “Growing breakbulk trade through the port has been a real team effort, and this trade movement was no exception. From Texas in the USA to Paget in Mackay and then onto the Bowen Basin, the delivery of the trucks involved several companies and service providers, bolstering local jobs along the way.

“The trucks started their journey at Caterpillar’s facility in the USA, where they were loaded onto Höegh Trigger in Freeport, Texas, bound for Australia. The trucks were then transported by one of Australia’s largest logistics providers, Centurion, to the Hasting Deering facility in Mackay for assembly.” 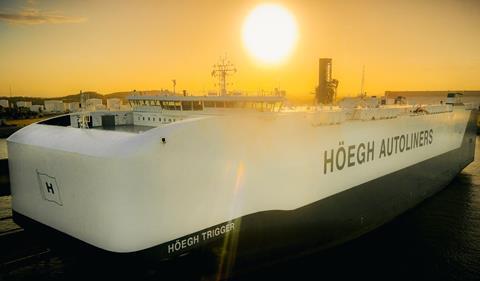 He added: “In 2020-21, we invested in AUD1.8 million [USD1.4 million] to expand cargo capacity at the Mackay’s Wharf Four and AUD2.5 million [USD1.9 million] to extend Wharf One. We’ve greatly improved our ability to handle larger cargo such as rail infrastructure, wind turbines and heavy machinery.”

The port of Mackay recorded 235,533 tonnes of trade in February. The results are 23 percent above last year’s throughput for the same financial year to date period, totalling just over 2.4 million tonnes.