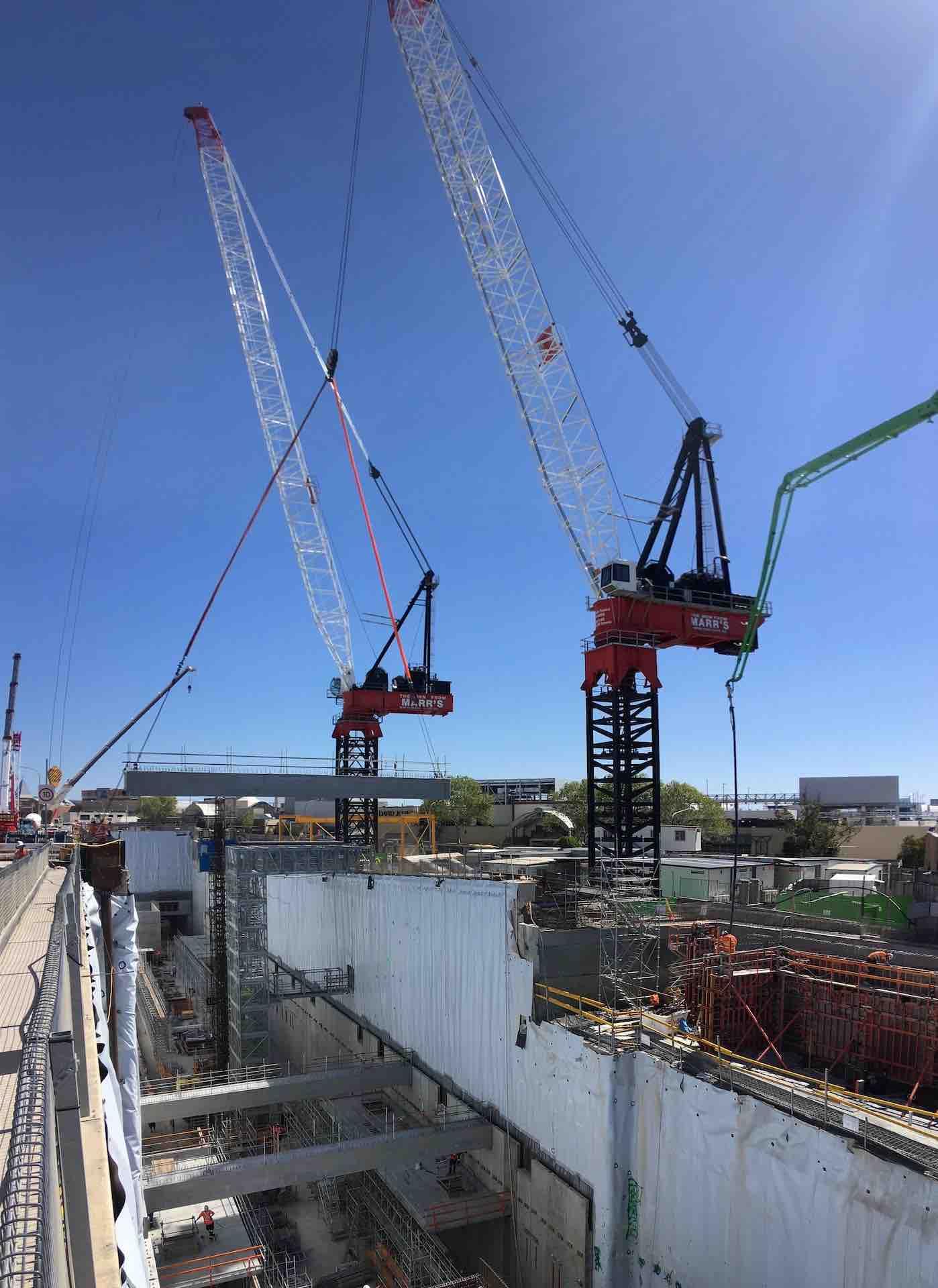 With an overall project value of AUD20 billion (USD13.6 billion), the Sydney Metro public transport project is notable for its scale and complexity. The development of the Northwest phase of the project consists of 16 construction sites to build eight new railway stations.

According to Marr, at one point, it considered using crawler cranes to complete the required lifts. Managing director Simon Marr explained: “The site was congested and landlocked between two existing roads. The crawlers proposed would have placed a large surge load against the station box walls, which meant that the client would have to excavate around the box and fill in with groundworks to specific bearing pressures. The costs were excessive and would have had a major impact on the programme.”

He added: “The project will serve as a blueprint for future megaprojects as decision makers recognise the benefits of decongested sites. Our approach, not only  with NRT but other clients also, is to use less cranes, but the right cranes to achieve greater efficiencies.”