Serra International has coordinated the transportation of three AH-1 Cobra attack helicopters through the port of Jacksonville (Jaxport). 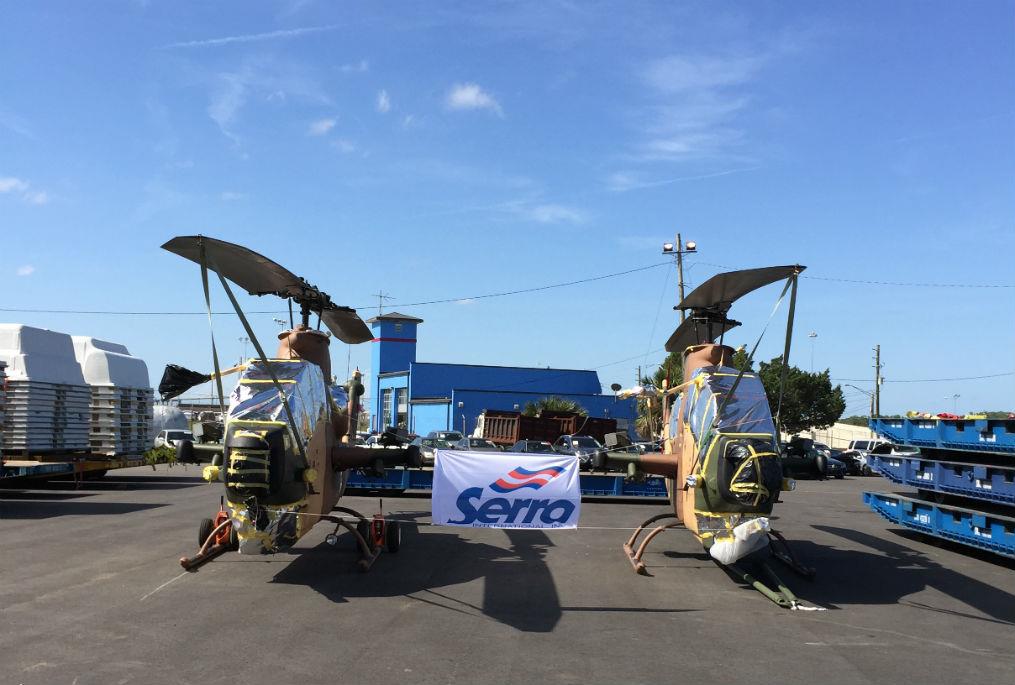 Measuring 50 ft (15.2 m) in length and weighing 7,000 lbs (3.1 tonnes), the helicopters were flown into Horizon Terminals Services’ facilities at the port, where the units were loaded onto a ro-ro vessel for onward transportation.

The aircraft are part of a group of helicopters that first moved from the Middle East through Jaxport in 2015, en route to a modification facility in Alabama. 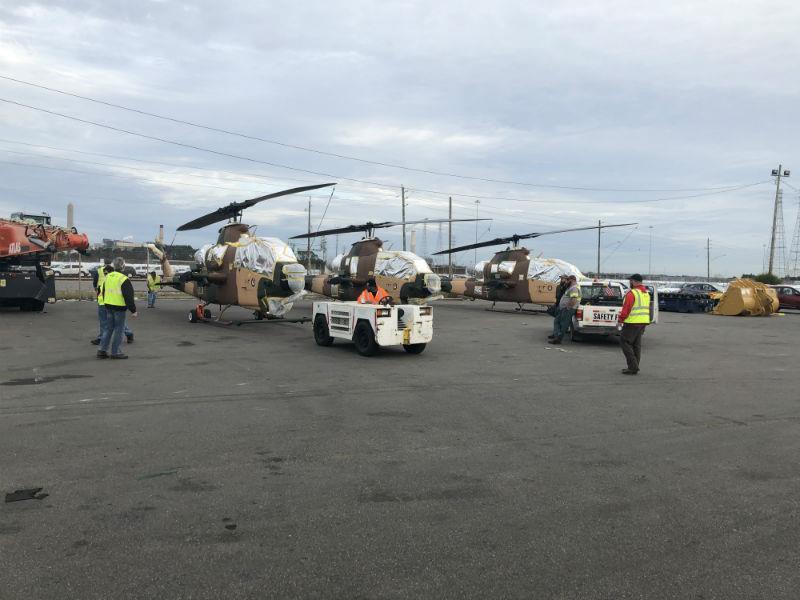 According to James Zino, global project director at Serra International, the aircraft are being transported back to the Middle East.

In April 2018, Serra International oversaw the transport of three other Cobra helicopters, as HLPFI reported here.