Universal Transport on the double

Universal Transport has handled the delivery of an 8 m-wide bridge in the Lubusz Voivodeship province of Poland.

The bridge section weighed 100 tons (90.7 tonnes) and was transported on an eight-axle semi-lowbed trailer.

To accommodate the bridge section’s length of 40 m, the low loaders were equipped with an extension beam in orderto transport the cargo from Zielona Góra.

Meanwhile, in Germany, Universal Transport has moved three vessels from an airfield hangar in Welzow to the Partwitzer lake.

Using three semi-lowbed trailers, the vessels, which included two barges and a pusher tug, were transported to the shore of the Partwitzer lake, where a crane was utilised to dischargethe vessels on to the water. 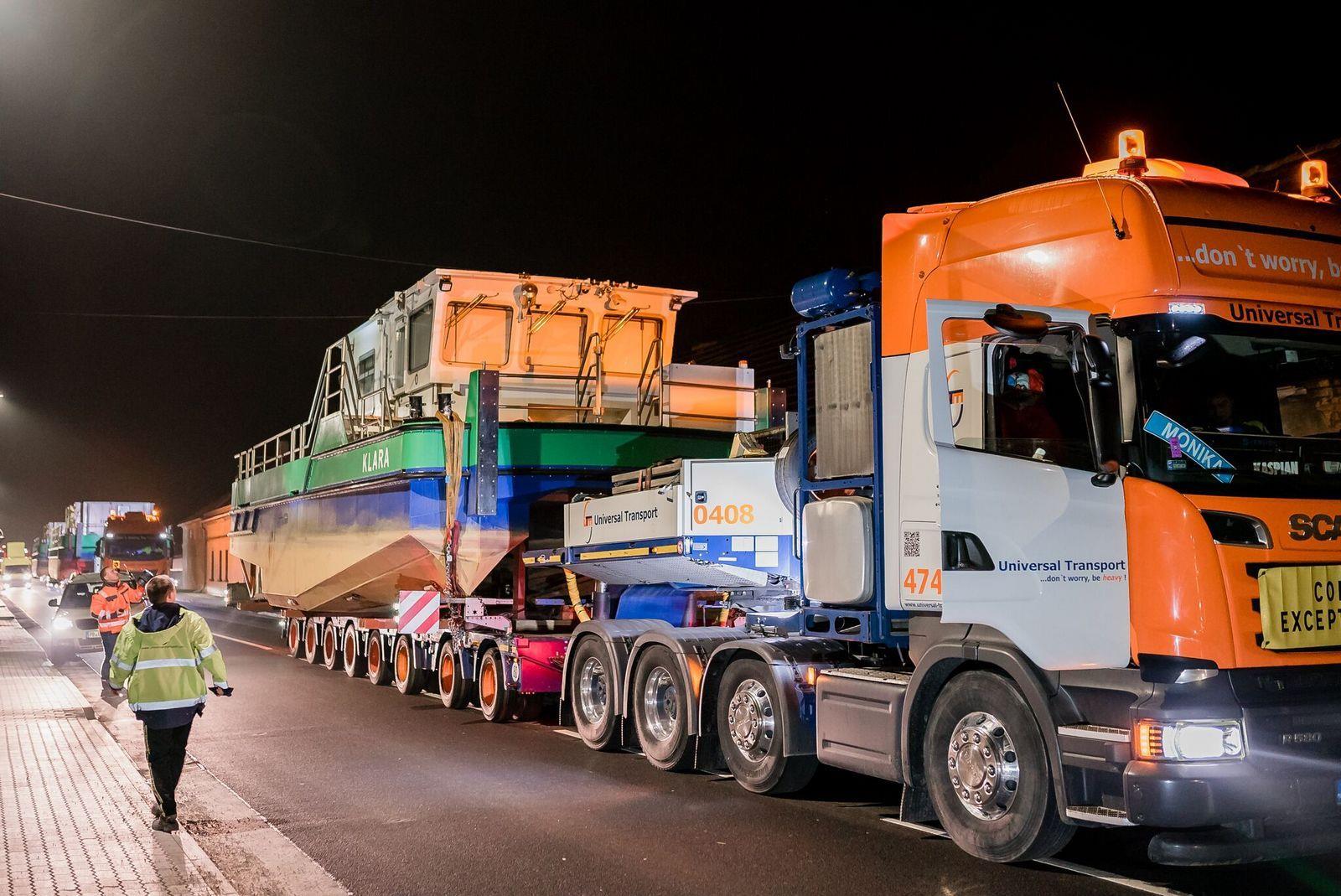