The port of Vancouver USA has received what it claims to be the largest single shipment of wind turbine blades in Vestas’ history. 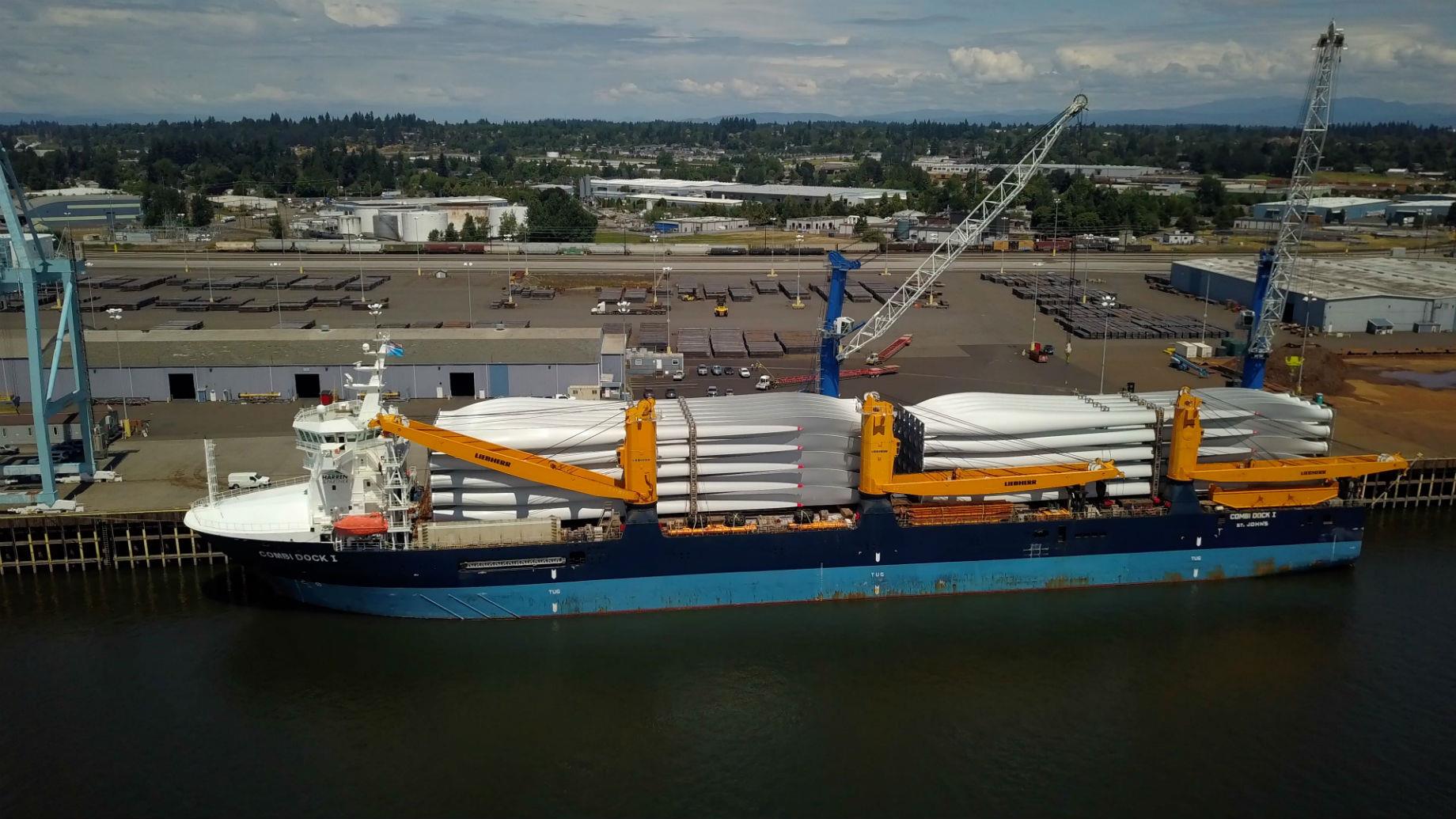 The heavy lift vessel Combi Dock I arrived at the port with 198 Vestas blades; surpassing the previous record of 156 blades on a single ship.

Each blade was manufactured in Italy and measured 49 m in length. They were shipped from the port of Taranto.

The port of Vancouver’s two Liebherr mobile harbour cranes were used to unload the blades.

Once unloaded, they were moved to laydown space at the port’s Terminal 5. From there, they will be transported by truck to the Marengo wind farm near Dayton, Washington. The blades will be used to re-power existing turbines.