Atlantic Container Lines (ACL) has christened one of its fourth-generation container/ro-ro (con-ro) vessels, Atlantic Sun, at the port of New York and New Jersey. 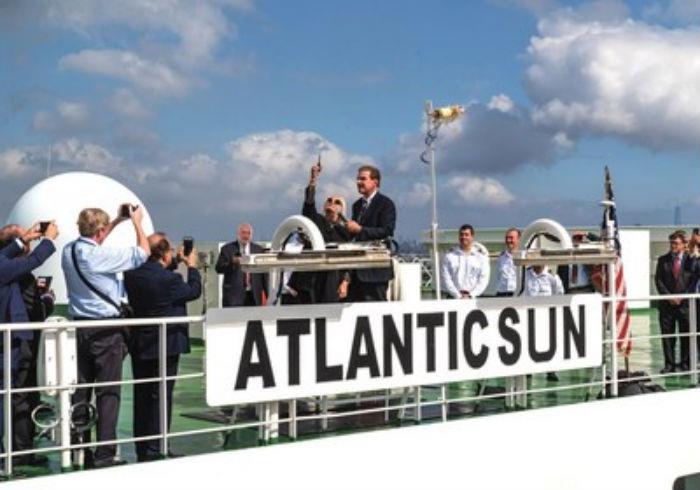 The vessel entered service in August 2017 and sails under the UK flag. Together with its identical sister ships - Atlantic Sail, Atlantic Sea, Atlantic Sky and Atlantic Star - the vessel operates on the shipping line’s transatlantic route.

The Atlantic Sea was officially christened by HRH Princess Anne at the UK’s port of Liverpool in October 2016, while a formal christening ceremony was held for Atlantic Star at the port of Baltimore’s Dundalk Marine Terminal last month, as HLPFI reported here.

The remaining two vessels will be christened formally in Europe in 2019.