The project involved 143 lifts, 31 using the aforementioned crane; with two in its TWIN format to install two Advanced Gas Reactor (AGR) absorbers, each weighing 1,300 tonnes, which was critical in the company being awarded the contract.

Once fully rigged in TWIN format, the self-propelled modular transporters (SPMTs) used to move the huge columns into position were also assembled. Each absorber was raised from the horizontal to the vertical using the CC 8800-1 TWIN crane as the main lift crane and using a tail frame to control the base of the absorber.

Once the CC 8800-1 TWIN crane lifted the absorber clear of the SPMTs, the trailer was moved out of way and the lift continued until the column was vertical. At this point the tail frame was then removed leaving the crane to carry the whole weight of the absorber.

Next the crane slewed through 90 degrees and placed the column into its final position on the specially prepared foundation. The TWIN was then partially de-rigged so that it could track a short distance into the correct position to carry out the second lift and then be re-assembled to carry out the identical lift sequence with the second AGR absorber.

Sevi Phillip, Al Jaber's site manager said: "We were all surprised how compact the CC 8800-1 TWIN was given its huge lift capacity. There were 27,000 people on site so space was at a premium."

Mark Rowlands, project manager with Al Jaber Heavy Lift based in the Middle East said that the contract was further complicated due to the intense heat and wind variations.

The executive producer of the Al Jaber Heavy Lift Group, Alex Mullins, who was involved with the crane from an early stage in its development suggested "the project was an example of the excellent working relationship with the Terex." 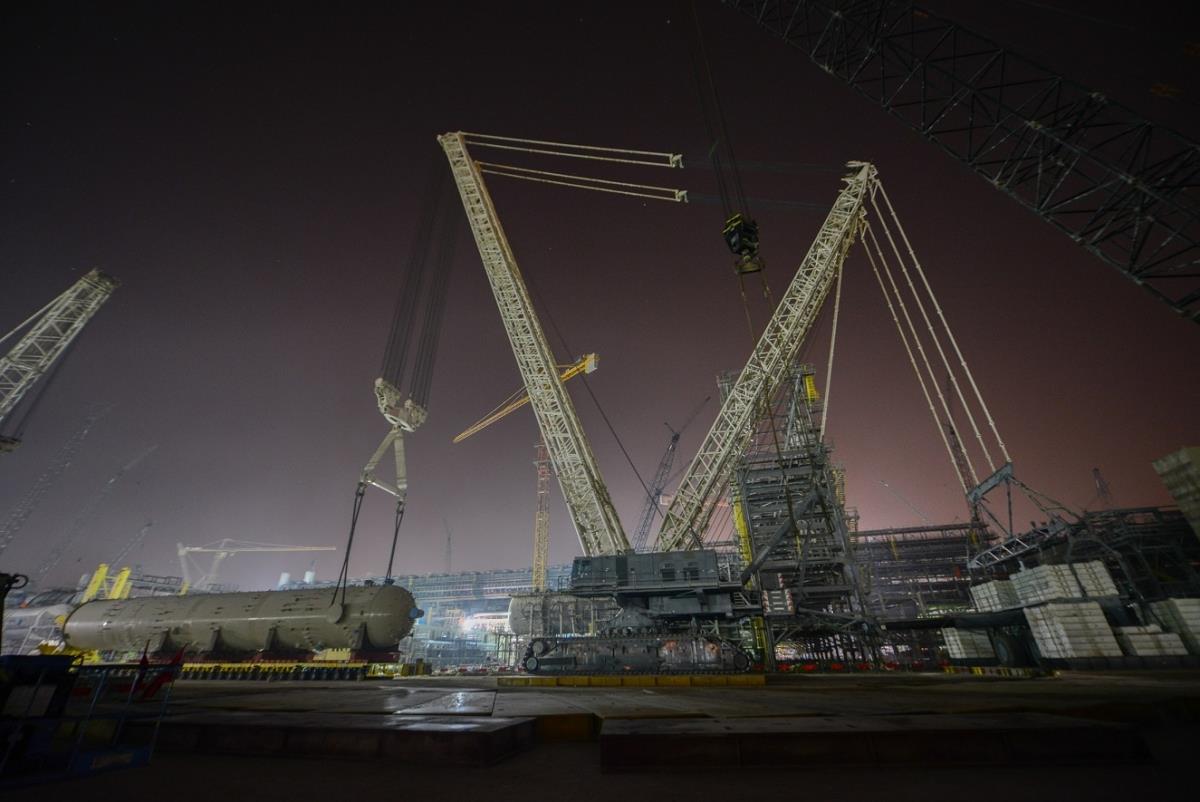