Antonov Airlines: Coping with a crisis 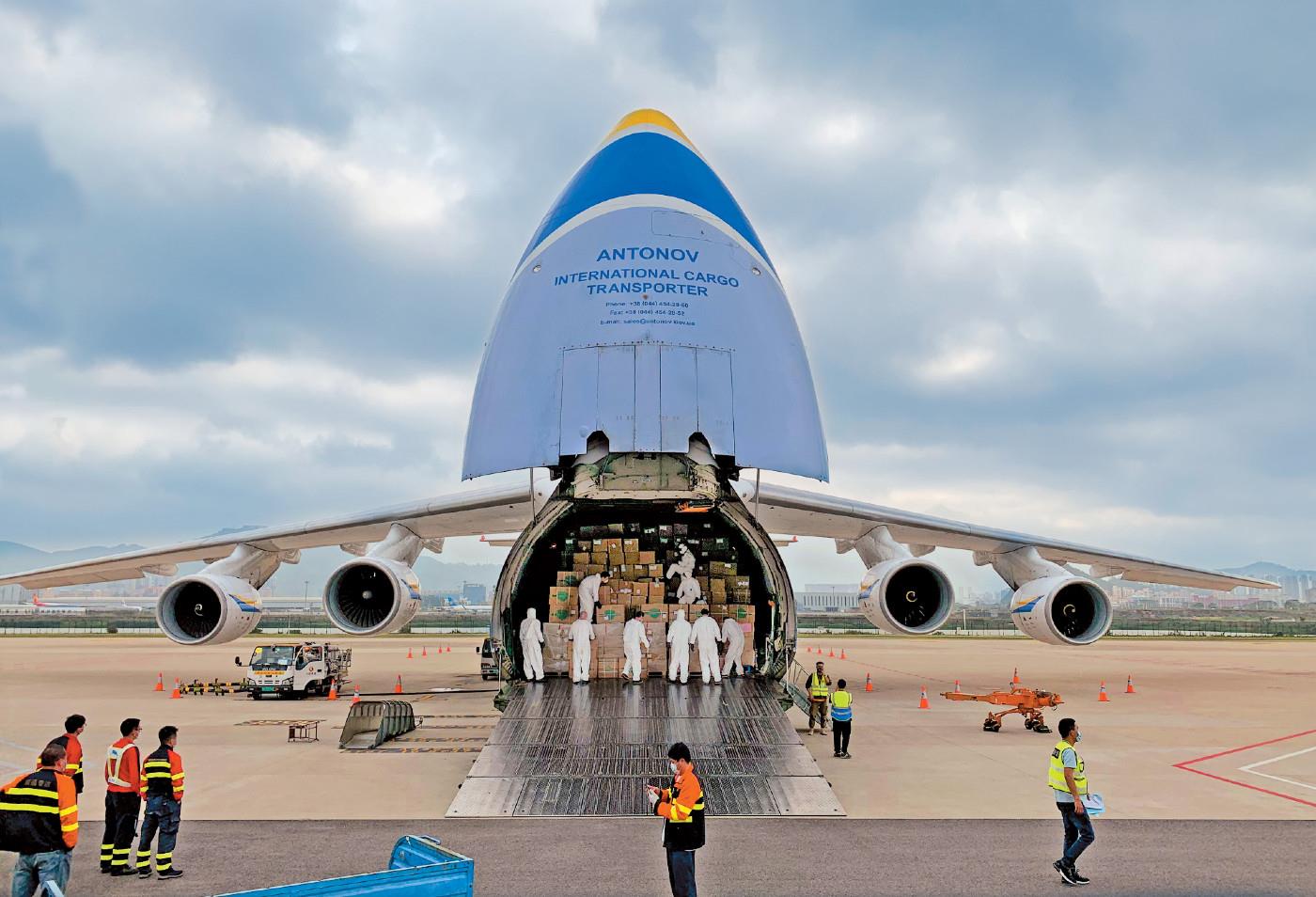 The lack of available capacity is the biggest bottleneck in the airfreight sector, said Blagovisniy, and the the lack of countries and airports that allow crew members to disembark for rest is proving to be a challenge. “Therefore, operators are forced to use non-optimal routes” and flying to areas that will allow the crew to leave the aircraft – leading to the increased costs of cargo charters – he explained.

Delays can also occur with airports struggling to keep up with the large volumes of general cargoes. In some instances, “airports cannot provide the proper service for loading/offloading and it leads to the delay of the flights and programmes”.

Demand for Antonov’s services has grown significantly but the types of cargo that it transports have changed. “Due to the pandemic and quarantines imposed by countries around the world, many industrial projects have been put on standby. The situation is reflected in the proportion of our flights that are project shipments – approximately 15 percent. The majority of flights are currently urgent supplies such as medicines, masks, protective equipment.”

With soaring demand and lack of capacity, airfreight rates have naturally increased. But, Blagovisniy added, “some of our operational expenses have also increased – as regular flights are mostly cancelled, we have to use special charters for the rotation of slip crews; increased salaries and compensations for crew members; expenses related to the protection of crew; and the disinfection of the aircraft etc.”

The airline has implemented a number of other measures to keep up with the increased demand and to ensure the safety of its staff: “The commercial department is working almost round-the-clock to quickly respond to requests, and the operations department works 24/7 with reinforced staff for the planning of routes, obtaining the necessary permits and communication with crews of all our aircraft.

“Changes were also made to the procedures of crews onboard the aircraft, such as the mandatory use of protective suits, masks, glasses and gloves for loading/unloading aircraft, minimising contacts with personnel at airports. The flight department has been tasked with organising the work of pilots with slip crews, while the technical department works in two shifts and during weekends to reduce aircraft downtime on the scheduled maintenance and to bring the aircraft into commercial operation as soon as possible.”

According to Blagovisniy, the most significant long-term change for Antonov resulting from the crisis will be the reorganisation of the company’s structure to operate with the utmost efficiency.

“Working in such an intense, fast-paced environment requires selfless dedication and commitment on the part of all airline staff – from commercial personnel and ops planners to pilots and technicians. It hardens the character of both individuals and the entire team, increases professionalism, stress resistance and unites everyone even more. This will be the most significant value for Antonov Airlines team in long-term perspective as a result of this crisis.”