BIMCO is in the process of updating its ship management agreement for use with autonomous ships, which it expects will be welcomed by a small, yet pioneering market. 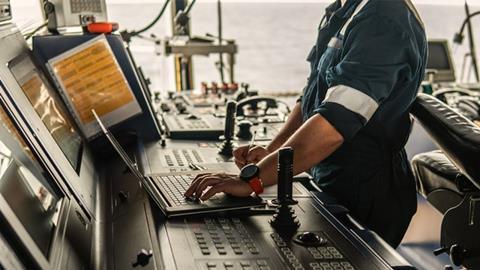 Grant Hunter, head of contracts and clauses at BIMCO, explained that as the shipping industry undergoes greater digitalisation of both ships and ports, the development and operation of autonomous ships generates something of a debate.

The SHIPMAN 2009 agreement used at present covers crew, technical, and commercial management as well as insurance arrangements. Since the sector is already familiar with the structure of SHIPMAN, it has been a relatively easy task to add autonomous ship-related serviced and to build in provisions for the operation and manning of a remote control centre, Hunter said. The new clause will be named AUTOSHIPMAN.

The first generation of autonomous cargo ships are expected to enter service by late 2021, according to current forecasts. Hunter said that those ships would most likely have a crew on board initially, before transitioning to being operated from a remote-control centre.

“Fully autonomous ships operating independently of even a remote control centre may yet be many years away. But technology is developing rapidly and what was once thought of as science fiction is now well within our grasp,” Hunter said.

Hunter explained that the greatest challenge faced while developing the new clause is that there are no autonomous ships currently in operation, and the provisions are based on assumptions and expectations. It is working closely with ship management companies Wilhelmsen, Anglo Eastern, and NYK LNG Shipmanagement, which are all developing on autonomous ship projects, during the process.

AUTOSHIPMAN is due for publication in 2021, but Hunter said adjustments to the clause could be ongoing: “As we learn more we will refine and adapt AUTOSHIPMAN to meet the needs of this emerging technology.”