November 29 - Mammoet has completed the installation of the New Safe Confinement (NSC) arch over the reactor building of the Chernobyl nuclear power plant in Ukraine.

According to Mammoet, the NSC is the largest land-based movable structure in the world. It is replacing an old shelter that was constructed as an emergency measure to contain radioactive materials present in the destroyed reactor unit following the disaster of 1986.

The NSC is intended to provide a controlled and weatherproof environment within which the radioactive remains of the destroyed unit can be contained for the next 100 years. The arch weighs around 36,200 tonnes and measured 165 m long by 260 m wide and 110 m high.

Mammoet was contracted to install the arch by Novarka - a joint venture between Vinci Construction Grand Projets and Bouygues Travaux Publics - which was responsible for the construction of the structure.

As well as the final installation, Mammoet was also responsible for jack up and skidding operations during the construction of the arch. The NSC was built in two parts, with each half gradually jacked up before being skidded into a storage area and connected together.

Mammoet's final task involved skidding the arch from its construction site to the reactor building using a bespoke skidding system, which comprised 116 skid shoes with an average capacity of 700 tonnes each.

HLPFI reported in August 2015 that Mammoet had connected the two arch halves together. 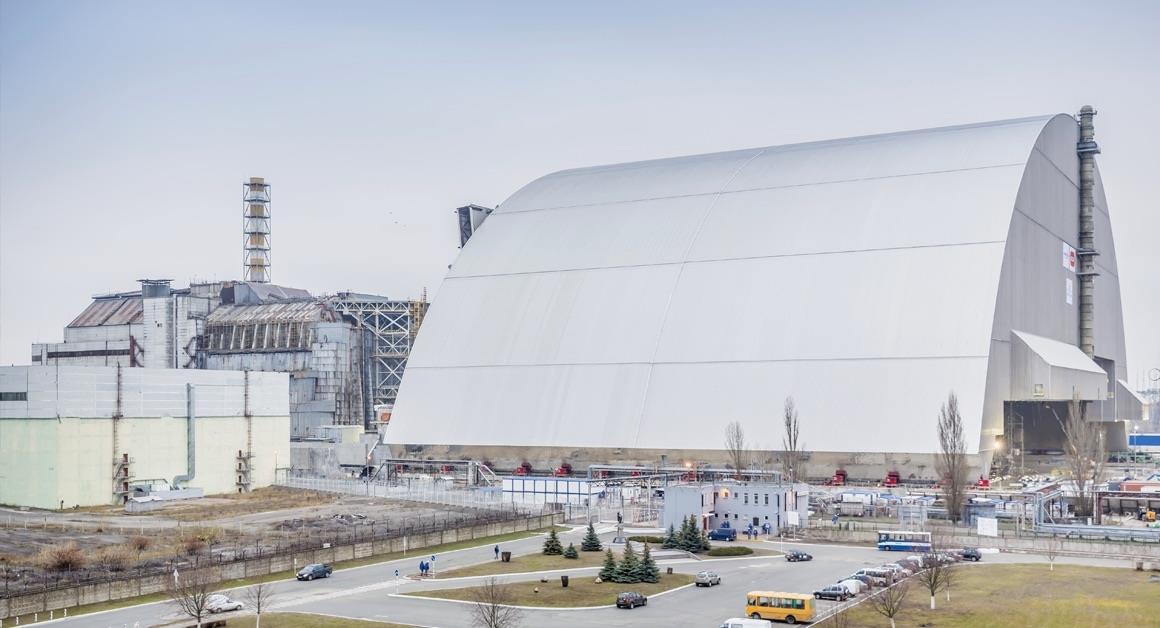