Crowley Maritime has christened its con-ro vessel El Coquí, which it says is among the first of its kind to be powered by liquefied natural gas (LNG), at the port of Jacksonville’s (Jaxport) cruise terminal. 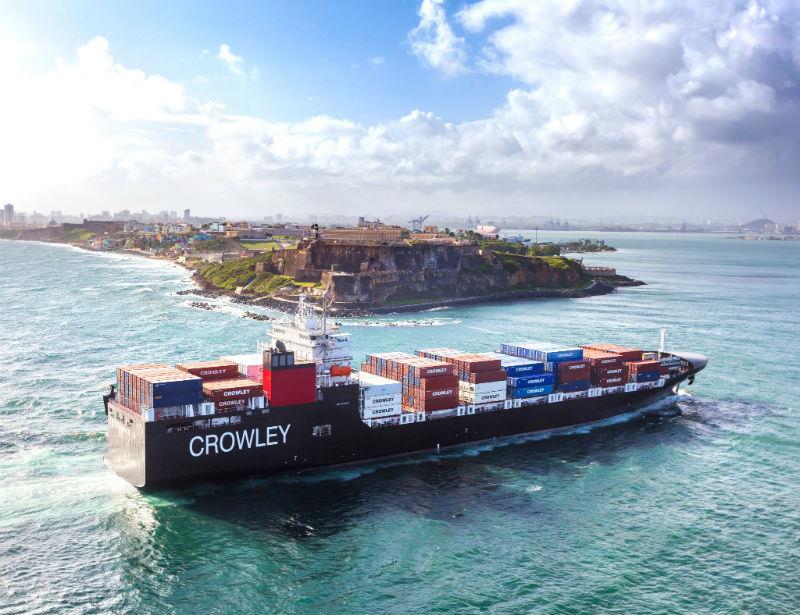 The vessel, which is the first of two Commitment Class, LNG-powered con-ro vessels built by shipbuilder VT Halter Marine, was delivered in July, as HLPFI reported here.

The new Crowley vessels, built specifically for the Puerto Rico trade, measure 219.5 m in length and will be able to transport up to 2,400 teu as well as a mix of about 400 cars and larger vehicles in the enclosed, weather-tight ro-ro decks.

The second vessel in the series, Taíno, is in the final phases of construction and testing at VT Halter Marine’s shipyard in Pascagoula and is expected to be delivered later this year.