HHL vessel Richards Bay transported the shiploader measuring 36.50 m x 56.44 m x 31.50 m, discharging it at the Port of Portland where it was installed under the direction of Sandvik.

"The biggest challenge was to lift the shiploader over the conveyor rail at the Port of Portland, whilst ensuring neither sustained damaged," said Gareth Hamer, head of cargo management for HHL Americas.

The operation took a total of five days. HHL required the use of three lifting beams to manoeuvre the shiploader, as it only had lifting trunnions on one side. The size of the cargo and narrow width of the pier meant that the third lifting beam had to be lowered onto a barge after the cargo had been discharged. 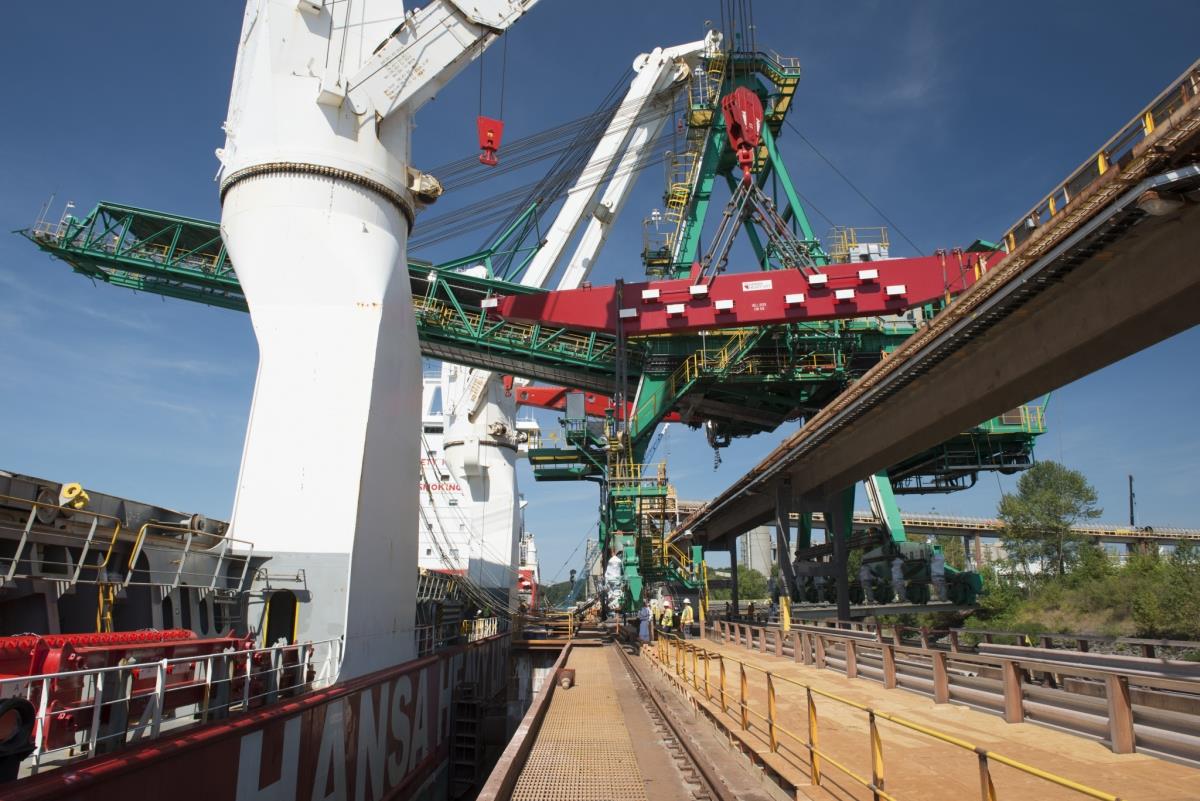