November 14 - Coordinadora Internacional provides more information on a steel ro-ro ramp, which was designed and constructed to move heavy cargo in Turkey.

As reported by HLPFI on October 30, 2013, whilst performing heavy transportation for the Tupras Refinery Project, located in Izmit, Turkey, Coordinadora encountered some problems with the refinery's discharging jetty, which had been damaged by an earthquake in the 1990s.

In order to overcome this, Coordinadora partially reconstructed the jetty, building a concrete slab as reinforcement on a stronger area 5.5 m inwards from the quay edge, so that the distance to be covered by the ramp was much longer than usual.

Thus the Coordinadora team designed a 12 m long steel ro-ro ramp in four sections which can be placed next to each other, and connected by bolts if required. When fully assembled the ramp is able to bear loads of over 1,000 tonnes.

Coordinadora cooperated with steel workshops in the area, sending design drawings and arranging the construction plan for the ramp, as well as visiting the workshop during construction to ensure that design standards and requirements were met.

The ramp was used to discharge more than 60 heavy lift units in 20 consecutive trips. 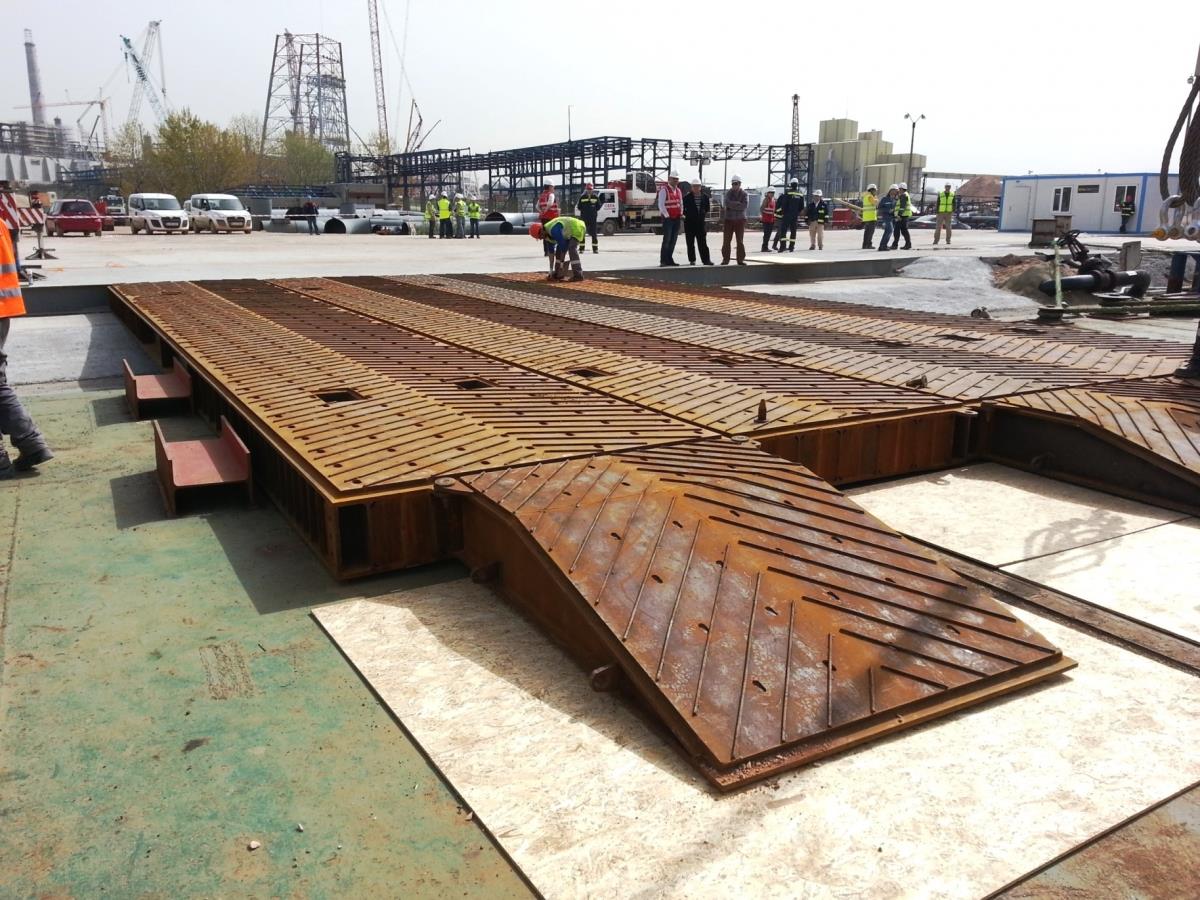