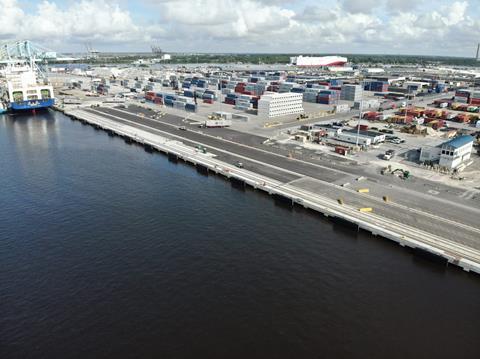 The rehabilitation project began in 2016 with the installation of a high-voltage electrical system equipped to power up to 10 container cranes. Subsequently, the berths were reconstructed in a series of four phases.

Together, the berth improvements and eco-friendly cranes increase energy efficiencies, reduce emissions from diesel-powered cranes and enhance night-time operations through the addition of high-powered LED lighting.