October 25 - One of Jumbo's multipurpose vessels, the Daniella, has completed the shipment of four Liebherr cranes.

The project began in Rostock, Germany, where the vessel was loaded with three Liebherr LHM 550 cranes, each weighing 440 tonnes. From the port at Rostock, the Daniella sailed to Antwerp, Belgium, where one of the cranes was replaced with a 398-tonne LHM 500.

It was a tight fit on the 98 m long vessel, which has a deck length of 71 m, as each of the cranes had a footprint of approximately 22 m. The Daniella's dual mast cranes lifted them on board before they were safely stowed on deck.

Jumbo and Liebherr worked closely together to ensure that the cranes were positioned in such a way that the jibs, each of which was 58 m in length, did not come into contact with each other. Once on board, wooden supports were placed underneath the cranes' outriggers to provide a secure foothold, with containers being used as stanchions for the jibs.

From Belgium, the ship transported the three cranes to Equatorial Guinea, where they were discharged in the ports of Batam and Malabo. 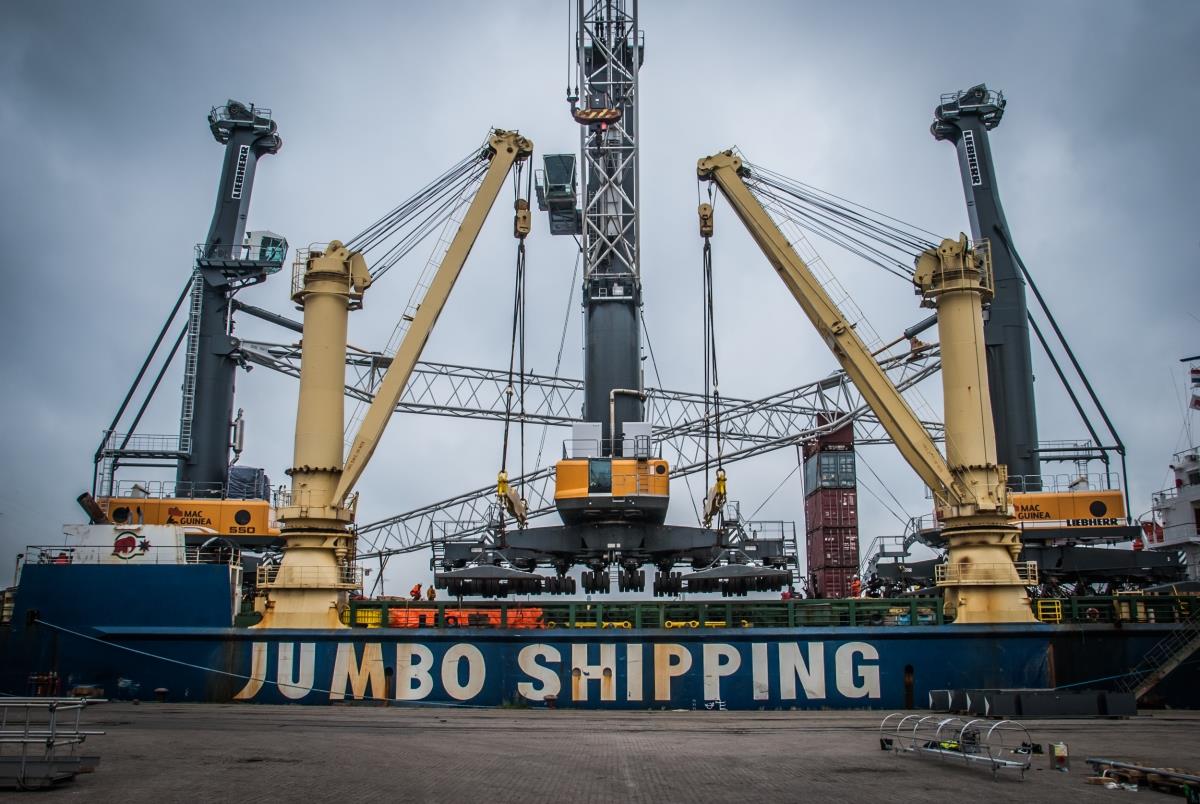 Watch some time-lapse footage of the project here: