December 14 - India's Master Voss International Projects has relocated four spherical LPG tanks, salvaged from a ship being scrapped at the Alang ship breaking yard in India to an offshore anchorage near Ghogha port, where fabrication work could take plac

Post fabrication, each tank, which had a diameter of 16 m and weight of 300 tonnes, was then towed by two tugs to Hanssy Shipping's multipurpose ship, Han Yi, which was positioned at the Bhavnagar anchorage, for subsequent transport to West Africa.

Loading the tanks on the Han Yi was made complicated by heavy currents, which made stabilising the tanks and tugs quite challenging prior to loading via the ship's own gear.

Once onboard, each tank was welded to its saddle, which was then secured via stiffeners along with four I-Beams per tank.

40 wire rope lashings in conjunction with shackles and turnbuckles were then used per tank to secure them. 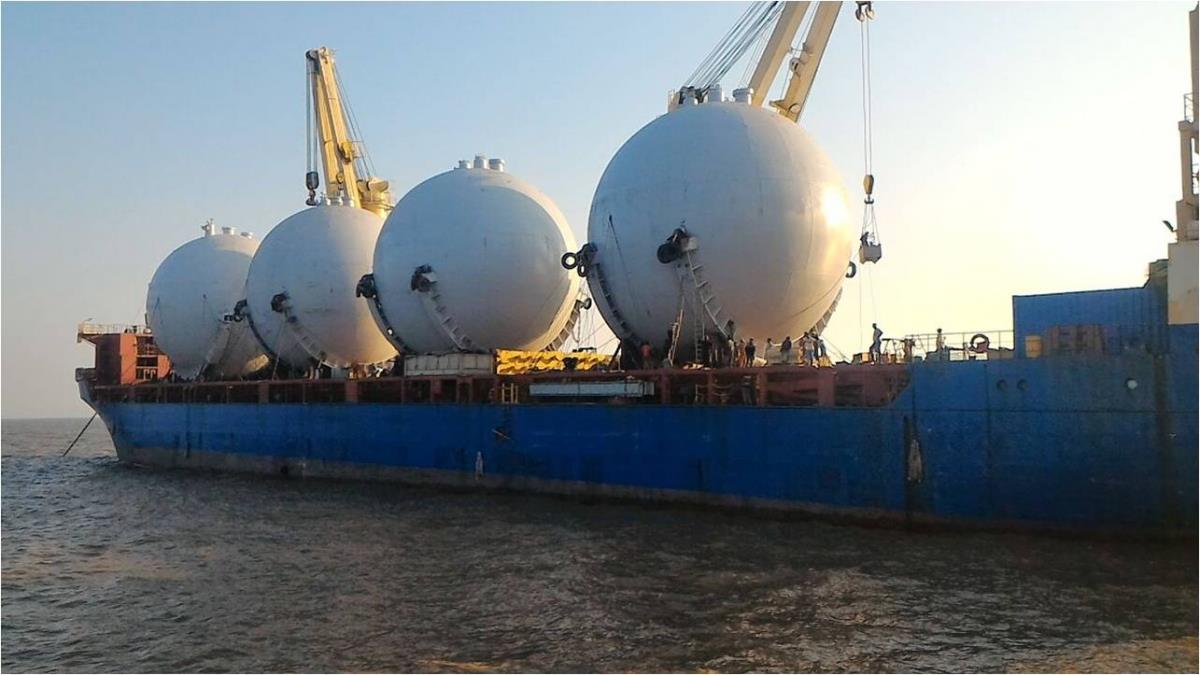