Delays, lack of space and a surge in tariffs is plaguing the liner shipping market. While the current situation is causing headaches for shippers and forwarders alike, there are opportunities for the breakbulk and multipurpose shipping sector.

In calling for the Competition Directorate of the European Commission to intervene, the European Freight Forwarders Association (CLECAT) and the European Shippers’ Council (ESC) said that practices adopted by the liner shipping sector is adversely impacting European companies, from retail, fashion, automotive, cosmetics to IT businesses.

“The violation of existing contracts, the establishment of unreasonable conditions concerning the acceptance of bookings and the unilateral setting of rates far in excess of those agreed in contracts,” were some of the practices currently being adopted by liner carriers, according to the associations.

CLECAT commented: “Carriers have been reserving for themselves the ability to change rates whenever they see fit notwithstanding the specific rates and charges agreed. Carriers are continuing to top their rates with surcharges, general rate increases, etc. Similarly, shippers and forwarders are being confronted with refused bookings and rolled cargo if carriers deem it more profitable to accept higher rated cargo for a particular sailing. Unacceptable practices also include imposing an extra fee as a price for accepting cargo at a new tariff charge, simply refusing to accept bookings at all for customers, forcing a customer with contract rates to move it to spot rates at a much higher price.”

The disruption in the supply chain because of the unprecedented number of blank sailings (up to 30 percent on some trades), combined with the lack of reliability (with only 50 percent of ships on time over the last year), has led to the current shortage of empty containers. Carriers are trying to ship containers back to China as fast as possible, simply because there is a need and profits are extremely attractive.

This, according to CLECAT, has a domino effect. “As a consequence, forwarders and shippers are now also confronted with all sorts of new surcharges such as ‘equipment imbalance surcharges’, which carriers are imposing,” it said. 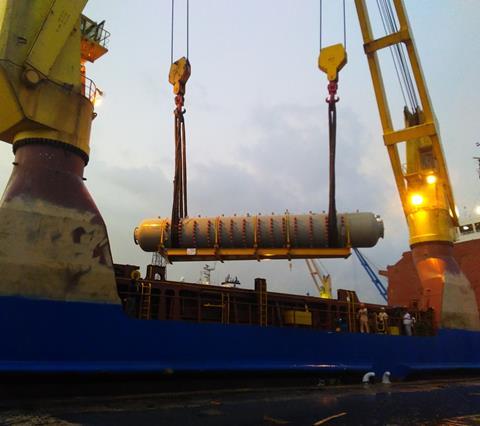 Belgium-headquartered logistics provider Ahlers has also raised awareness to the “madness” in container freight rates. “Today we face an unprecedented high volume demand out of Asia to the USA and Europe in the container market. The freight rate ex-Far East to the USA last year has nearly tripled with serious equipment shortage. Though some shippers accused the carriers of this situation due to the blank sailings last year, carriers claim that unusual demand is the reason.

“Since many countries re-opened, following strict lockdown in 2020, the demand for consumer goods went through the roof,” said the company.

One knock-on effect, however, is new opportunities for breakbulk, multipurpose and ro-ro carriers.

Ahlers explained: “Aside from some bigger multipurpose, container-fitted vessels being chartered for carrying containers, there is an increase in cargo volumes due to more containerised cargo coming back to the breakbulk market, in addition to the traditional machinery and special equipment.”

For example, Ahlers has witnessed shipments of sawn timber, which for several decades now has typically been shipped out of South East Asia in containers, requesting breakbulk vessels due to the high container rates and equipment shortage.

“Freight forwarders are forced to look for unconventional new ways – such as moving cargo to tri-modal container terminals – desperately trying to find different shortsea shipment solutions with smaller coaster vessels and trucking the cargo to its destination,” said Ahlers.

Speaking in the upcoming edition of HLPFI, Kyriacos Panayides, managing director at AAL Shipping said: “Bulk carries have seen some rises and we expect the recovery in that segment to drive them out of the multipurpose cargo market.

‘“On the demand front, we certainly hope for and expect a positive uplift. Part of this is due to lessening competition from container carriers for multipurpose cargoes, as they move away from multipurpose and smaller project cargoes back to their traditional stronghold, at least for the short term. We have indeed even started to see increased enquiries for container transport on certain trade lanes where our transit times match container schedules.

“Furthermore, we also expect some steel shippers to move back to a ‘breakbulk’ mode of transport, which will be very welcomed,” said Panayides

Another factor in the evolving freight rate saga relates the steady increase in oil prices from the historic low in early 2020, and the effects on the price of very-low-sulphur fuel oil (VLSFO). In April, the price of this fuel stood at approximately USD280 per tonne. These bunker rates have been on the rise since the end of last year, with quotes rising to USD450 per tonne, according to Ahlers.

The widening price gap between VLSFO and heavy fuel oil (HFO) – to the benefit of those that opted to install scrubber systems – has meant that bunker rates have increased in lockstep. Ahlers added that “the OPEC+ countries agreeing to continue with crude output quota as well as geopolitical situations have all led to these steep increases in bunker surcharges and freight”, as sentiment around the oil price continues to improve.

More specifically to the European market, CLECAT described the current practices of container carriers as “unreasonable”. It added that “container equipment, rates and demurrage and detention charges present a serious risk to the ability of economic recovery in Europe”.

ESC and CLECAT, whose members have been particularly affected by unilateral carrier rate and service changes, encourage the European Commission to take actions similar to those of competent authorities in other parts of the world.