In preparation for its upcoming maiden flight, Airbus’ first BelugaXL is now in its heavy ground test phase – which focuses on the highly modified airframe for this next-generation oversize cargo airlifter. 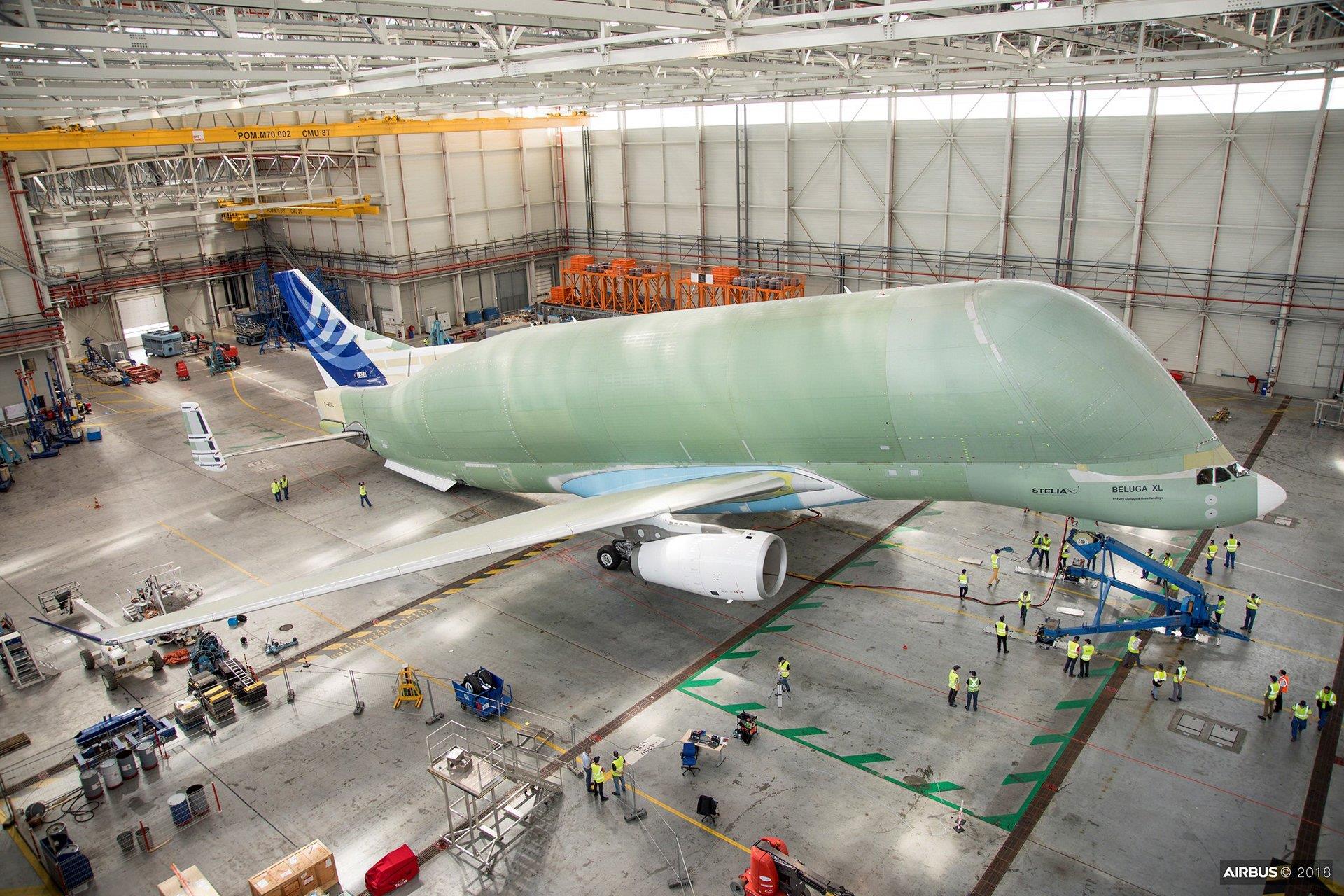 Heavy ground tests started with the team weighing the first BelugaXL at 'pitch zero' and then at 'pitch nine', lifting the aircraft’s nose by 3.5 m to determine the empty weight centre of gravity. Next, they performed the standard loads and horizontal tailplane tests, which were followed by separate evaluations involving the dorsal fin and vertical tailplane.

The heavy ground test phase involves carrying out tests on the aircraft that would usually be conducted on a static cell. “It is unusual for us to perform tests like load calibration using the generalised finite element method of analysis on an aircraft which will fly, as we usually use a dedicated clean aircraft without any systems inside,” explained BelugaXL aircraft configuration leader, Arnaud Puyo.

HLPFI understands that only five BelugaXL planes will be built, and the model used for ground testing is also the flight prototype.

The eight-day ground vibration campaign saw the BelugaXL tested while both empty and fully loaded. The activity required one week of intensive preparation during which the aircraft was put on pneumatic suspension and special shakers were installed to simulate the vibrations the aircraft will come under during flight.

The team identified 30 different locations for the 80 kg shakers and during tests lasting two-to-three hours, sensors inside and outside the aircraft measured the structure’s response. Vibration data from the test are used in validating and improving structural dynamic models for the aircraft.

With the ground vibration tests now complete, subsequent steps ahead of the aircraft’s maiden flight include validating the flight test instrumentation and applying the BelugaXL’s special 'smiling' livery.

Starting in mid-2019, the BelugaXL will gradually replace the existing five-strong Beluga ST fleet – which is currently used for carrying complete sections of Airbus aircraft from different production sites around Europe to the final assembly lines in Toulouse, France and Hamburg, Germany.

The BelugaXL was launched in November 2014 to address the transport and ramp-up capacity requirements for Airbus beyond 2019. "Our programme is evolving. Today, the Beluga cannot load two wings of an A350 at the same time. We must send them one by one in the cargo bay, lying at 45 degrees. This doubles our transportation costs,” Bertrand George, director of the BelugaXL programme told Ouest France.

The first of the five BelugaXLs is scheduled to make its maiden flight in summer 2018 and enter into service in 2019.