The company's specialist heavy lift barge, the Terra Marique, was loaded with a 498-tonne module at Ellesmere port on the Manchester Ship Canal, and offloaded on a beach adjacent to the Sellafield power station for the Evaporator D project - one of the UK's largest energy construction projects.

The unit, which was the height of six double decker buses, was the last of 11 modules carried in six separate shipments over the past two years.

Following the offload at Sellafield, the Terra Marique sailed for the French port of Cherbourg, where she was loaded with a 485-tonne reactor vessel destined for the Flamanville 3 construction site.

After the 60 km coastal journey to the port of Diélette, the cargo was offloaded before the short road transportation to the site. The shipment is the first in a series destined for the project in Flamanville Nuclear Power Plant, with four more planned for later in the year. 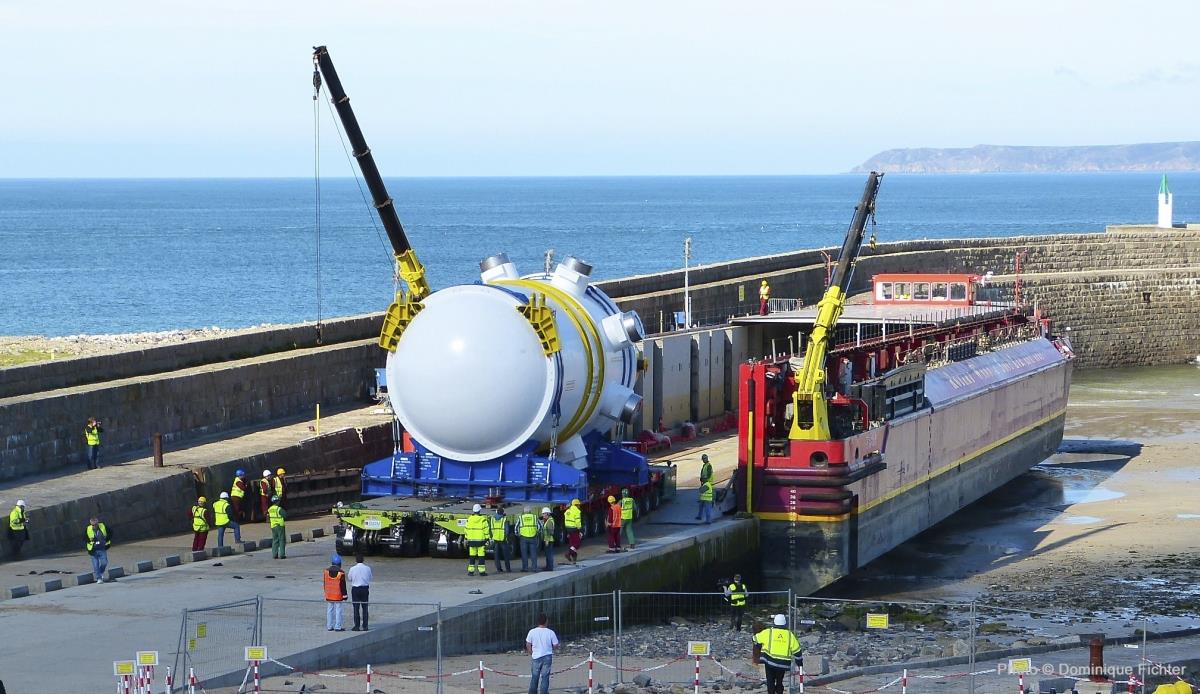