Osprey Group is preparing for the delivery of two new barges – Osprey Bouwer and Osprey Fabrique. 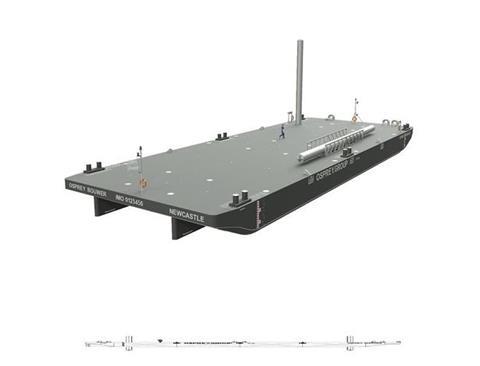 Both barges have high deck strengths capable of handling oversized, heavy cargoes. According to Osprey, the barges are particularly suited to support construction projects as well as the renewables and oil and gas industries.

While Osprey Bouwer and Osprey Fabrique were scheduled to join the company’s fleet in early 2021, the TABmarine-built units will both be delivered several months ahead of schedule.

Michael Tetro, managing director of Osprey Marine Services, commented: “We are delighted to say this early delivery puts us in a position to offer increased levels of support to our key clients in France, Morocco and the Eastern Mediterranean, and to open up our barge proposition too.”