November 25 - The Project Cargo Network (PCN) welcomed over 175 attendees from more than 70 countries to its sixth annual summit, which took place at the Radisson Blu in Dubai from November 19-21.

After an introduction from PCN ceo Rachel Humphrey, delegates were told about a new training initiative that the network is launching in 2017, which will involve a five-module online training programme on a specially-developed PCN e-learning platform.

The event also saw PCN's annual awards announced. Coordinadora of Spain was presented with the international member of the year award; while Turk Heavy Transport of Bahrain scooped the regional award for the Middle East and Africa; Central Oceans of Singapore won the Asia Pacific award; Mexico's Kronoz International was awarded the Americas prize; Fortune International of Italy scooped the European award; and Germany based Intertransport Gruber was presented with the president's award.

On the second day of the summit, members listed to a presentation from Al Jourani of the Dubai Maritime City Authority. The network also raised over USD3,200 for the Tanzania Diabetes Association.

PCN's seventh annual meeting will take place at the Marriott Hotel in Prague from November 19-21, 2017. 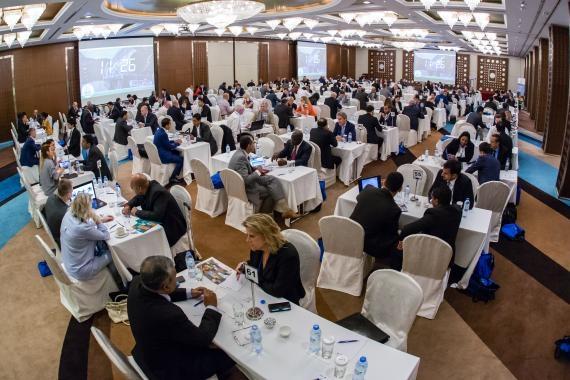