The UK’s port of Blyth has opened Bates Clean Energy Terminal, which has been redeveloped with two enlarged 17 ha berths. 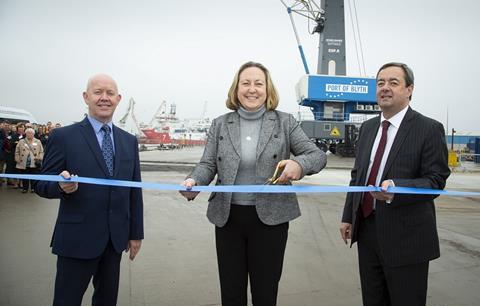 The redevelopment was completed in two phases: the first phase, supported by a GBP2.85 million (USD3.2 million) grant from the North East Local Enterprise Partnership (NELEP), included the redevelopment of the deepwater quay, creation of a hard-standing area and a heavy haul linkage route to Wimbourne Quay terminal.

The port purchased a Konecrane ESP.6 electric crane and invested in low-carbon energy initiatives for new and existing buildings. These include the potential for mine water-source heating and solar power technology.

Martin Lawlor, port of Blyth chief executive, said: “The opening of the Bates Clean Energy Terminal represents another important milestone in the port’s commitment to the national decarbonisation strategy. Just as Bates Terminal was once instrumental to the coal industry revolution, the terminal is now leading the way in the clean energy revolution”.