The International Chamber of Shipping (ICS) has warned that current supply chain disruption is set to be compounded by a shortfall in the global shipping workforce due to the Russian invasion of Ukraine. 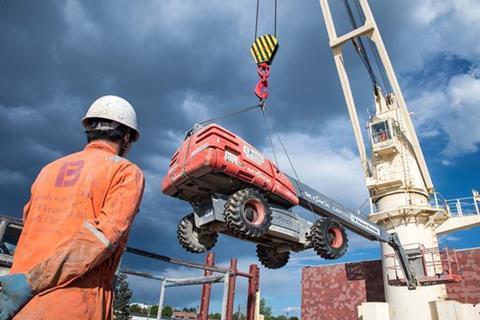 The Seafarer Workforce Report, published in 2021 by BIMCO and ICS, reported that 1.89 million seafarers are currently operating over 74,000 vessels in the global merchant fleet. To maintain trade levels, these seafarers must be able to join and disembark ships freely across the world. However, flights have been cancelled to and from the region, making this increasingly difficult. Fears over crew safety and increasing insurance premiums to send ships to Ukraine or Russia have also discouraged shipowners from sending vessels to these countries. Industry has reported that some crews have abandoned their ships in Ukraine due to security worries.

Together, Russians and Ukrainians account for 14.5 percent of the global shipping workforce.

Speaking ahead of an address to UN member states at an urgently convened meeting of the IMO, Guy Platten, secretary general of ICS, said: “The conflict in Ukraine is having a significant impact upon the safety and security of seafarers and shipping in the area. As with Covid-19, seafarers are being exposed to issues not of their making. Multiple ships have been hit by munitions, seafarers have been killed and injured and seafarers of all nationalities are trapped on ships berthed in ports. It is of the utmost urgency that their evacuation from these areas of threat should be ensured by those States with the power to do so. The impact upon innocent seafarers and their families cannot be underestimated.

“ICS fully supports the establishment of a maritime corridor to allow the safe evacuation of ships that are currently unable to leave territorial waters in the Black Sea and the Sea of Azov. They must be allowed to depart the area of conflict and avoid further humanitarian incident.”

ICS has previously warned of a shortage of merchant sailors to crew commercial ships if action is not taken to boost numbers, raising risks for global supply chains. This has been compounded by draconian travel restrictions, brought on by the pandemic, that saw seafarers unable to crew change and resulted in hundreds of thousands overstaying contracted periods at sea.