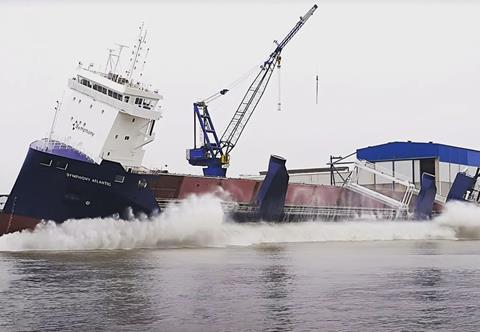 Symphony Atlantic is the first in a series of two vessels on order. The Ecobox XL design is an evolution of the Ecobox and Ecobox DP series focused on extra-long items such as wind turbine blades, while still maintaining good capabilities as a general cargo ship.

The modifications in design and systems are also aimed to further enhance its ‘green’ performance with a reduction of its EEDI-score to a new class reference standard.

When compared to the original Ecobox design, Symphony Atlantic is 21 m longer and is equipped with a box-shaped hold that measures more than 100 m long and two 85-tonne capacity cranes.