Tackling piracy in the Gulf of Guinea

99 maritime companies, organisations and flag states have joined together to sign the Gulf of Guinea Declaration on Suppression of Piracy. 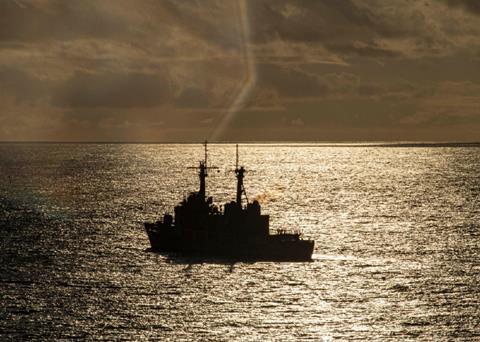 The Gulf of Guinea remains the most dangerous environment for commercial maritime operations. A total of 136 crew were abducted in 27 incidents last year, and while piracy in the region is not increasing at an exponential rate, the level of violence is. The use of guns was reported in over 80 percent of the 2020 kidnappings. Those statistics do not fully capture the dangers and attacks should not be counted only when pirates achieve their aims.

Nils Haupt, senior director corporate communications at Hapag-Lloyd, which is among the signatories of the declaration, said: “The piracy problem in the Gulf of Guinea has developed into a curse for seafarers over the past decade. In 2021, the threat that looms for all seafarers going to the region is being kidnapped at gunpoint for ransom. While overall numbers of pirate attacks are largely unchanged the violence, scope, and sophistication of the attacks on shipping has continued to increase and today take place across an area of more than 200 nautical miles from the pirate bases that are principally located within the Niger Delta.

BIMCO, also a signatory, added that it welcomes the positive steps taken by regional states, especially Nigeria, but in reality it will take some years before these states can effectively manage the problem. In the interim period the best solution is to have capable military assets from able and willing non-regional states to actively combat piracy in the area in support of the efforts by countries in the region. The signatories firmly believe that piracy and attempts at kidnapping are preventable through active anti-piracy operations and that, by the end of 2023, the number of attacks by pirates could be reduced by at least 80 percent.

BIMCO said that the piracy could be suppressed with as little as two frigates with helicopters and one maritime patrol aircraft. It is therefore imperative that non-regional countries provide the necessary assets on a rotation basis, and that one or more states in the area support the effort with logistics and prosecution of arrested pirates.

The declaration does not aspire to provide the long-term solution to the piracy problem but to help make seafarers safe today. Carlo Cameli, chair of BIMCO’s maritime safety and security committee, explained: “The root causes of the piracy problem in the Gulf of Guinea can only be solved by Nigeria. An estimated 30 million people live in the Niger Delta, many under difficult conditions, and it would be naïve to think that anyone other than Nigeria can address the roots of the piracy problem. However, suppressing piracy will help our seafarers, just like it did off Somalia a few years ago.”

This Somalia-style response should be viewed as a short-term solution. HLPFI correspondent David Whitehouse has investigated the matter for our upcoming Ships and Shipping Lines supplement, which will be hitting desks in the coming weeks. In that report, Ifesinachi Okafor-Yarwood, a maritime governance and security expert at the University of St Andrews in Scotland, said “the use of arms must be complemented by soft power”.

The pirates know that cooperation between states has improved close to shore, which is why they have pushed their activities further out to sea, added Okafor-Yarwood. The fact that communities are willing to shelter the pirates is due to a lack of welfare provision and resulting hostility to the state, she added. In the Niger Delta, she explained, “no-one in their right mind would be willing to help the state”.

A military response would do no more than “treat the symptoms” and push the pirates elsewhere, she continued.

Steve Cameron, managing director of Cameron Maritime Resources in London, questioned whether deprivation is the root of the problem. He said that piracy in the region is “a commercial business that fluctuates with oil prices”. Pirates target oil when prices are high, and favour kidnapping for ransom when prices fall. There is the perception, he said, that there are Nigerians who have interests in both piracy and politics. If the problem was purely economic, Cameron argued, it would have been fixed during periods of strong oil prices.

Training standards also still need to reach those seen in the Indian Ocean and the region’s navies need support to build capacity, he added. The US Navy is already providing support and the process is moving in the right direction, but progress “will not happen overnight”, rather it will take between five and ten years, said Cameron.

Looking ahead, Cameron noted that there has to be the “political will” to strengthen local defence forces through recruitment and training, as well as to prosecute pirates. Nigeria has been “consistently lacking” in showing it. “If they really wanted to improve maritime security, we would have seen much more progress,” he said.