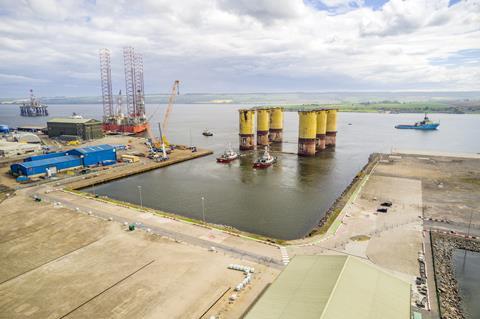 Oil and Gas UK’s (OGUK) Decommissioning Insight 2021 report marks the end of a year in which there was some recovery after the challenges of the pandemic and commodity price collapse in 2020. While some of those challenges remain, the UK decommissioning industry is looking to the future with purpose, said UKOG.

During 2020 only 84 wells were decommissioned on the UK continental shelf (UKCS). In a typical year, UKOG said that the industry would see around 150 wells decommissioned. From 2022-2024, the forecast shows business returning to its usual pace. Annual expenditure will reach GBP1.5 billion (USD2 billion) and almost 600 wells, 45 topsides and jacket structures will be taken out of service.

While the topsides and platforms draw in the most attention, the UKOG report also highlighted the “invisible decommissioning” – the smaller pieces that tend to escape public attention. In this segment, there is almost 350 km of pipelines, 90,000 tonnes of subsea infrastructure and 17,000 mattresses to be removed from the UKCS over the next decade.

Certainly, the North Sea has become the incubator of significant decommissioning expertise, with UK services and goods, regulation and guidance in demand around the globe. For example, other countries around the world, including Australia, have based much of their own decommissioning strategy on the UK’s experience, explained OGUK.

Another driver for the sector is the wider evolution of the oil and gas industry into an integrated energy industry. Within this, decommissioning will play a significant role in the UK’s climate ambitions.

Katy Heidenreich, supply chain and operations director for OGUK, said: “In the year of COP26, this industry continues to play a vital role in the energy transition to a low carbon economy as the UK strives to cut its greenhouse gas emissions at pace. We are focusing on greener ways to decommission and identify circular economy opportunities. This means repurposing offshore infrastructure, encouraging industries to re-use components and promoting creative solutions for recycling decommissioned materials.”

The supply chain expertise born from decommissioning oil and gas structures will also be of use to the renewable energy sectors. Over time as offshore wind farms age, these too will be withdrawn, as will offshore structures that support industries like carbon capture, use and storage (CCUS), hydrogen and geothermal.

Competition for resources from these projects may drive up prices, noted OGUK. This development will likely be spurred on as the decommissioning market continues to interact with other sectors. For instance, the lift vessels and resources used for the installation of offshore wind turbines are the same as those used to remove some of the oil and gas installations.

OGUK commented that as of December 31, 2020, the UK had 2,291 offshore wind turbines and 33 offshore substations installed around its shores, with a further 719 offshore turbines and 11 offshore substations under construction. The oil and gas industry will normally offer long time windows of two to three years for a lift contractor to remove an installation, which has allowed contractors to remove assets during quieter periods, which increases vessel utilisation and cuts operator costs.

Offshore wind installation projects are getting larger with many installation campaigns for a lift vessel now running into the hundreds of days. This means that although oil and gas removal projects have offered windows, the timeframes for removals are constrained. With many assets being removed during smaller time periods, this could in future have knock in effect on onshore disposal facility capacity, said OGUK.

Further still, as offshore wind turbines get larger, this market could start to interact with those larger oil and gas installations.