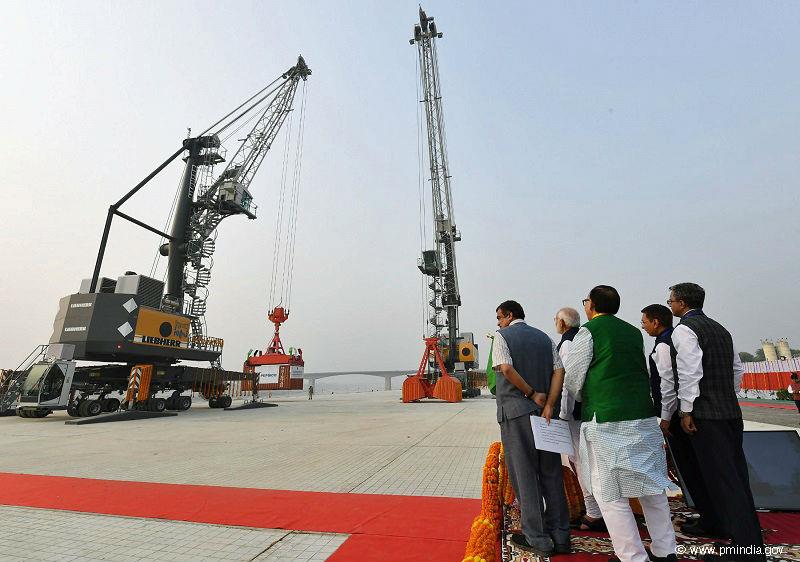 Varanasi is located in northern India, 780 km east of Delhi. The terminal, which was inaugurated in mid-November, is the first of four multimodal terminals being constructed along the River Ganges. Three other terminals are under construction at Sahibganj, Haldia and Gazipur. The project will enable commercial navigation of vessels with capacity of 1,500-2,000 dwt on the river.

Vessels calling at the Varanasi will be loaded and discharged by two Liebherr LHM 180 mobile harbour cranes. Each unit has a lifting capacity of 64 tonnes and can handle containers, bulk and general cargoes.

The Sagarmala programme was launched by the Indian government in 2015, with the aim of modernising India’s seaports and hinterland connectivity. The Varanasi terminal, developed by Inland Waterways Authority of India (IWAI), will connect National Waterway-1 with two national highways and is part of a dedicated freight corridor initiative.