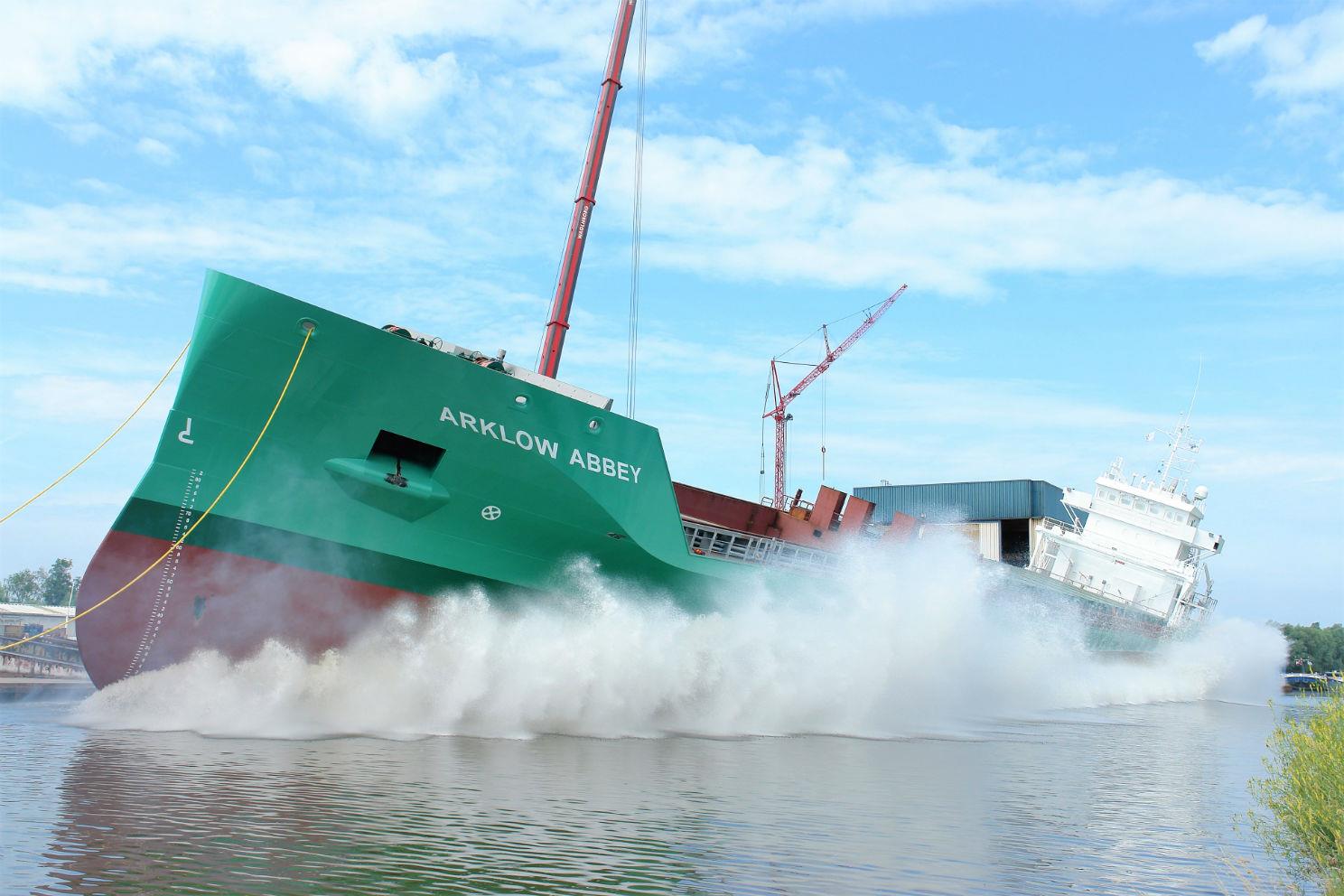 The vessel is the first in a series of six that will be delivered to Arklow. The general cargo ship will largely operate in European waters, transporting wheat, corn and other bulk commodities, said Ferus Smit.

The design is a slightly modified version of the Arklow B series of 8,600 dwt bulkers that Ferus Smit previously delivered for the company. The new design is adapted to ice-class 1A standards and has an overall length of 119.5 m.

Final delivery of Arklow Abbey is scheduled for September 2019.

Based in Ireland, Arklow Shipping has a fleet of single-deck, box hold and container vessels, capable of transporting project cargoes, grain, general and bulk commodities.