The DHL Global Trade Barometer (GTB) forecasts a mild decline in world trade for the next three months. 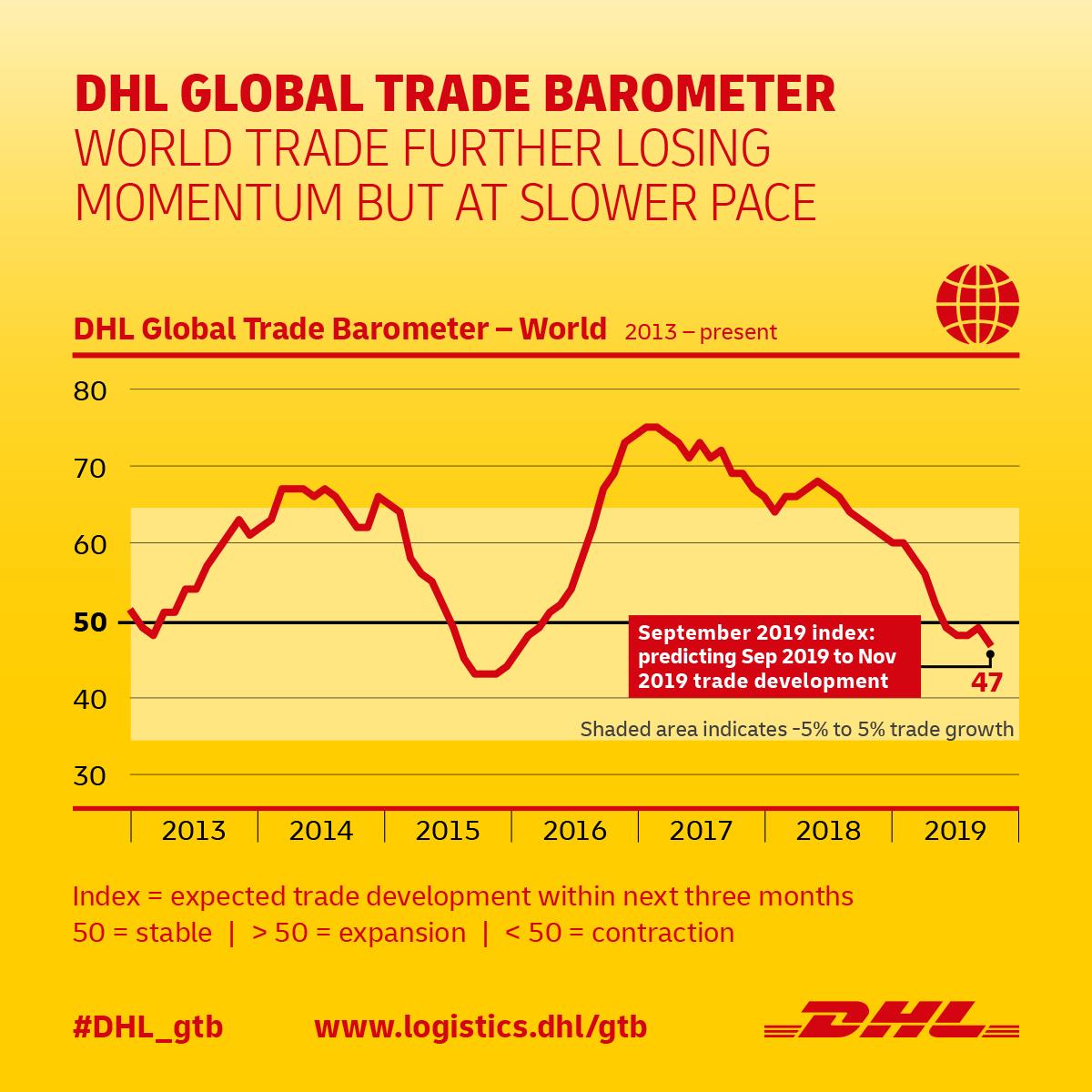 The index for global trade now stands at 47, a decline of one point on the previous quarter’s forecast. However, the downward trend has slowed since the June update, which recorded a drop of eight points.

The trade tensions are already affecting global supply chains, and the level of uncertainty about macroeconomic growth has driven down business investment around the world. According to Eswar S. Prasad, professor of Trade Policy and Economics at Cornell University in the USA, this is having adverse effects on cross-border trade of machinery and equipment.

“Overall, this GTB update confirms the slowdown in global growth and heightens concerns about growth stagnation in the coming months,” added Prasad.

Geographically, this quarter’s GTB forecasts a positive growth momentum for the UK and Japan for the next three months (i.e. above 50 points). Quarter-to-quarter comparisons saw Japan’s index improving to 53 points, while the UK’s declined by three points since June.

Unsurprisingly, the most negative trade outlooks in the September GTB were for the USA and China.

It is expected that US trade will shrink further, remaining in the negative territory with 45 points. For Chinese trade, the GTB forecasts a moderate decline of four points to 45.