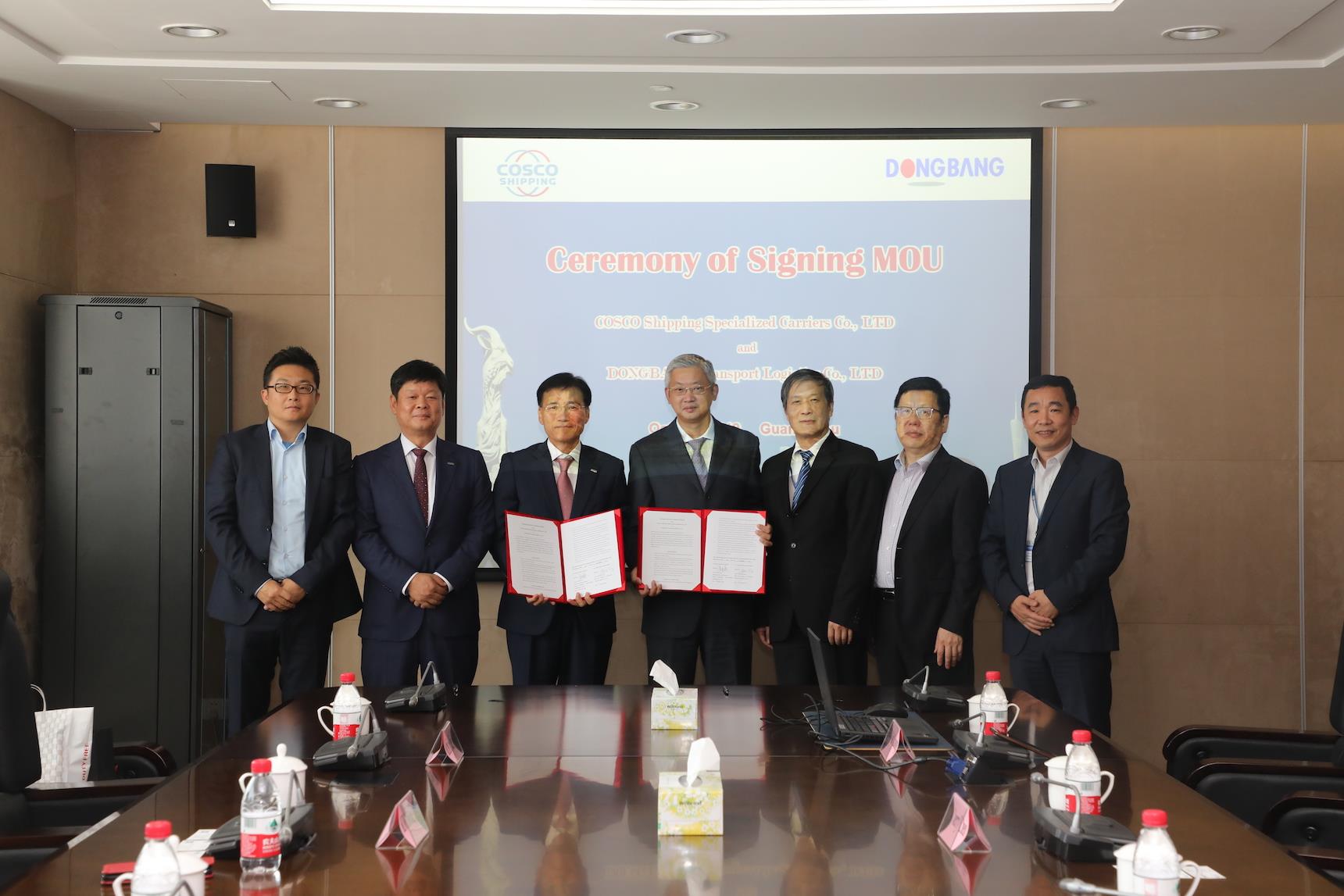 As part of the agreement, both COSCO and Dongbang will treat each other as a strategic – or preferred – partner. The cooperation will see the companies join forces for bids on large-scale projects where their own respective fleet of equipment would be insufficient.

Indeed, Dongbang and COSCO have a history of cooperating with each other for complex heavy transport operations; the companies decided to pool their resources when bidding for a large contract relating to the expansion of an oil plant in Kazakhstan during 2015.

According to Dongbang: “From the bid stage, COSCO/Dongbang worked together as one team and, as a result, the consortium was awarded the project for the transport of oversized modules in 2016.

“As both companies perform the voyages allocated for their vessels, both found out that this cooperation can bring a positive impact for future projects, as a trust was built while working together.”

The agreement exploits the natural synergy between the two companies, with COSCO specialising in the offshore industry and Dongbang focusing on the onshore heavy cargo transportation.

South Korea-headquartered Dongbang provides stevedoring services for heavy and oversized cargoes; has a fleet of cranes, SPMTs and tugs; and deploys its self-propelled barges for sea transport operations. Currently, Dongbang has a fleet of six Dongbang Giant barges and plans to add a seventh unit in 2020.