FROM THE MAGAZINE: A world turned upside down

At the time of writing, logistics companies generally felt it was too early to say what impact the coronavirus pandemic might have on civil engineering project work around the world. Phil Hastings reports. 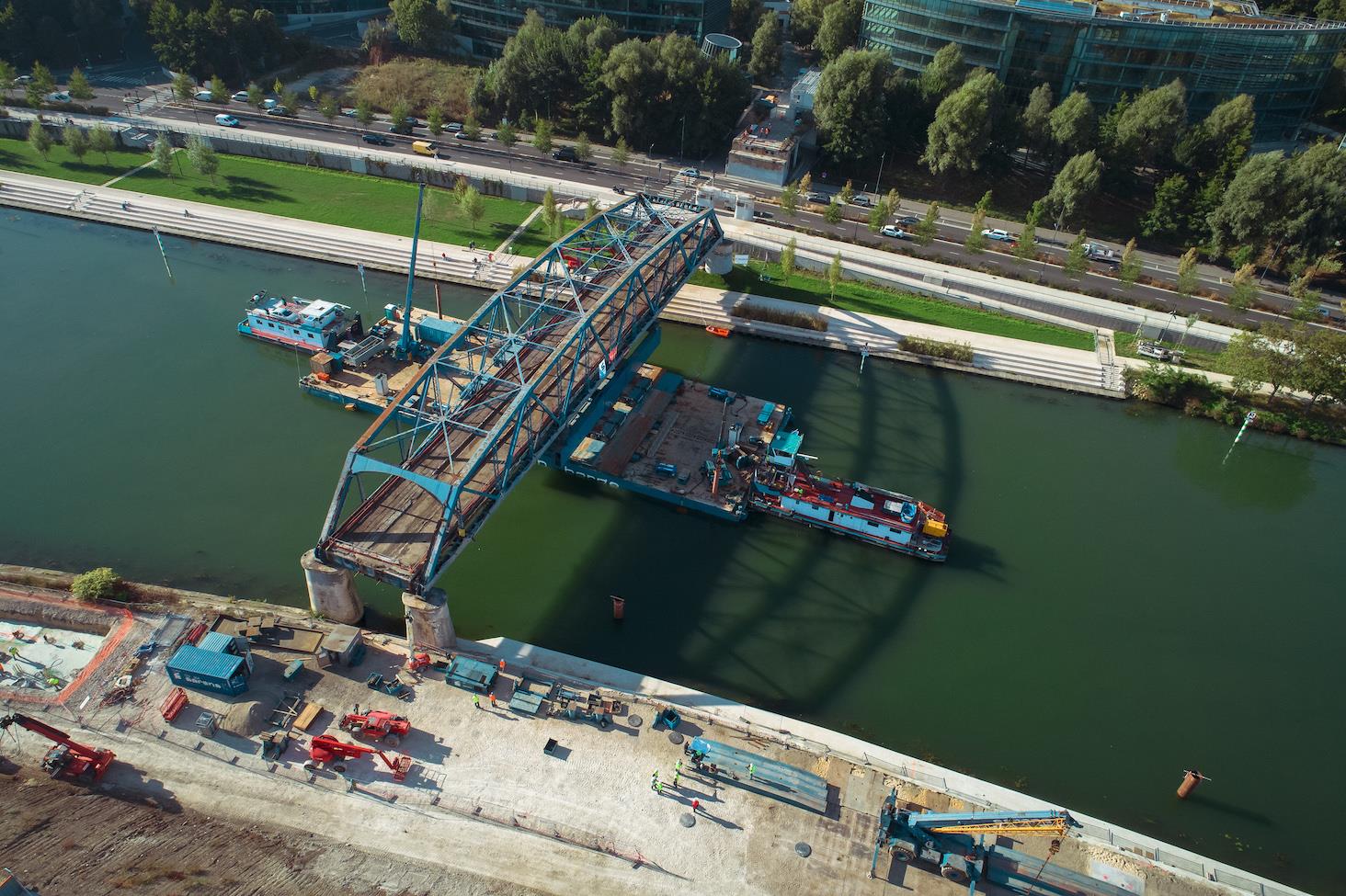 While uncertain as to how the coronavirus pandemic will eventually play out in the civil engineering market, Gert Hendrickx, sales director projects for transport engineering and heavy lift specialist Sarens, does not anticipate a near-term impact. “If we get an order to do something for the civil engineering industry, the execution will usually be six, 12 or 18 months later, so for the time being I do not see any project delays,” he said.

However, he did not rule out the risk of a possible future impact on activity, pointing out that some projects in other industries already look as if they will be affected.

“We have seen a lot of the oil and gas module construction yards in China, for instance, put work on hold due to the coronavirus so certain projects in that industry could be delayed,” he commented.

According to Gavin Kerr, manager global tendering for the Netherlands-headquartered heavy lift services provider Mammoet, there has already been “a substantial impact on project execution” across developed economies.

More positively, though, “it is likely that governments will look to stimulate growth once this period has ended, for example by increasing public spending on infrastructure”, he added.

Based on indications to date, some of the more recent developments seen in the civil infrastructure sector could be turned on their head. For instance, the trend of infrastructure investment growing in emerging markets and slowing in developed nations, could be reversed.

Developed nations look poised to invest heavily at home via stimulus packages in a bid to prop up their ailing economies, creating jobs and liquidity. Recent experience suggests, however, that these projects are often slow to get off the mark and suffer from delays in the contracting and design stages. Still, borrowing costs for advanced nations looks likely to remain low for the foreseeable future.

However, those countries that rely on commodity exports to finance capital projects will see their budgets shrink. Equally, borrowing costs for developing nations will likely increase; international investors pulling money out of riskier markets will put additional strain on current and future projects.

China has been a major backer of international civil infrastructure projects in recent times – particularly through its Belt & Road Initiative (BRI). Much of the rhetoric surrounding the BRI has been super-long-term focused – with various statements suggesting that projects falling under the programme are to support development in the decades ahead, and not for short-term gains.

Given that China’s economic growth could be as low as 1 percent this year, it begs the question: will its large-scale investments into international construction projects continue?

Given that China’s economic growth could be as low as 1 percent this year, it begs the question: will its large-scale investments into international construction projects continue?

The general picture for civil engineering projects for the next 12 months is, quite clearly, mixed. Right now, construction is progressing in some markets, for example in Germany and the UK, with contractors adhering to various health and safety measures to prevent the spread of coronavirus.

Other ongoing projects have stalled but, according to various sources spoken to by HLPFI, these will rebound quickly once social distancing, travel and quarantine measures are relaxed around the world.

In the long term, the situation is less promising. The economic fallout resulting from the Covid-19 crisis is likely to result in recessions in multiple markets. The brakes look likely to be applied to projects scheduled for the years ahead, as finance and confidence ebbs.

First quarter annual financial results statements from leading multinational construction companies suggested that the outlook for the global civil engineering market this year and beyond was positive.

However, those reports were published before the real scale of the coronavirus pandemic and its massive impact on future global economic activity as a whole, at least in the short term, had become apparent.

Even before then, though, heavy lift and forwarding companies servicing the civil engineering sector generally appeared more cautious than the construction companies. There had been a further tightening of the construction industry’s already strong focus on cost control in all areas, including the supply chain.

“Each track faces its own unique set of challenges, which heavy lifting and transportation firms can help to solve. Ultimately, this means that the state of the market is relatively buoyant but the types of project in progress vary significantly, mainly in line with urbanisation maturity.”

Sarens’ Hendrickx said his company has been executing new/replacement bridge works and steel assembly work for roof structures on stadiums and other buildings.

With regard to the first of those two business sectors, Hendrickx said that on average Sarens moves one big bridge every month globally using SPMTs, barges, jacking systems and so on. Those loads can weigh from 200 tonnes up to 5,000 tonnes.

“In Europe, that business has seen a bit of a downturn, nothing dramatic but in general it has decreased a little. However, for Sarens that has been compensated for by an upturn in bridge construction work in the USA, Canada and Australia, among others,” he continued.

“We have completed two major bridge projects in Australia over the last couple of years, for example, including the biggest to be moved in the southern hemisphere, and we are seeing more and more bridge moves in the USA as well.”

Regarding stadium construction, Hendrickx said Sarens is generally involved with three or four projects a year worldwide, primarily involving the assembly of steel and concrete structures, particularly for roofs. “That is a steady business – overall, it does not go up or down much,” he added.

“There are a lot of infrastructure and other large construction projects around but governments either do not have the money to go ahead or are not spending enough on them. As a result, there is a worldwide backlog of projects which need to be done,” he commented.

Reisdorf added that a big problem with large infrastructure projects is that they tend to be very long term. Private financial institutions generally prefer to finance short- term developments where they see a return on their money more quickly, while governments have tight spending restrictions.

“In Africa and parts of Asia, the Chinese are financing a lot of major infrastructure projects but the investment decisions relating to those are as political as they are commercial,” he added. 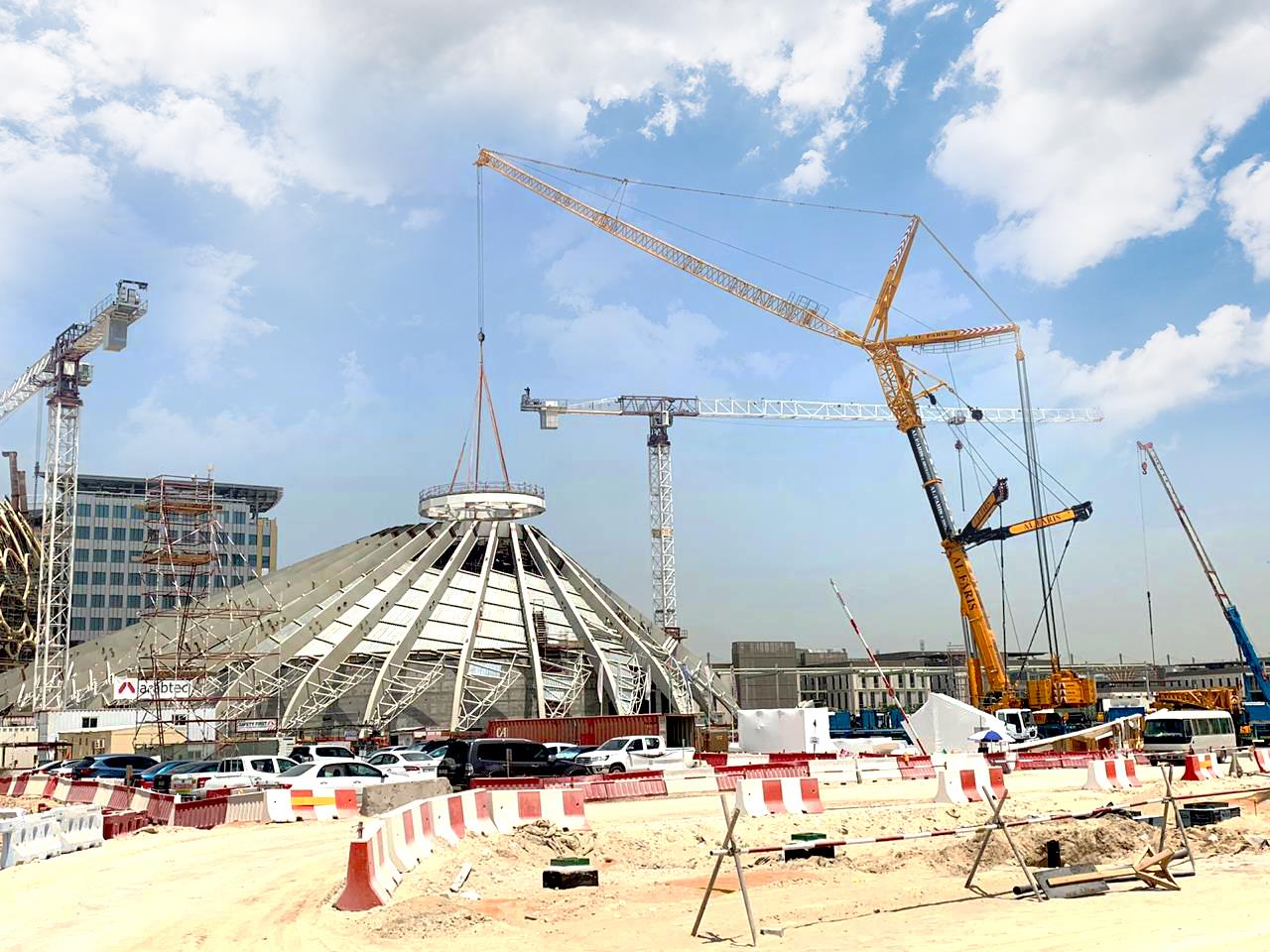 Other logistics providers painted a positive picture of activity levels in particular markets. That is certainly the case in the UAE, for instance, according to Hillary Pinto, managing director of Al Faris Group, a Dubai-based provider of heavy lift, heavy transport and energy solutions across the Middle East and North Africa region.

“Last year, for example, we were awarded a project at the site for Expo 2020 (a global business show in Dubai that has now been postponed until October 2021 due to Covid-19) to lift and install 42 structural steel elements of the falcon-inspired UAE pavilion structure. Those units varied in length from 24-46 m and weighed 8-55 tonnes,” he said.

As ever, the overall strength of the civil engineering market will continue to be influenced strongly by the number and scale of government-backed infrastructure developments given the go-ahead – decisions that can often be subject to changing economic and political considerations.

Siddique Khan, ceo of Dubai-based international forwarding group Globalink Logistics, also highlighted the significance of government involvement in major civil engineering projects: “When those projects are funded by a government as part of a larger national or regional economic development initiative, they tend to get built,” he commented. Recently, Globalink has been involved with the delivery of construction equipment/ machinery for road and bridge projects in Central Asia, CIS countries, the Middle East and China.

Right now, for example, the Russian government is focusing on general economic development in the Siberia region so it is providing funding for the building of new roads and bridges there. There are also similar government-funded infrastructure projects in Kazakhstan, China and the Middle East region.

“Right now, for example, the Russian government is focusing on general economic development in the Siberia region so it is providing funding for the building of new roads and bridges there. There are also similar government-funded infrastructure projects in Kazakhstan, China and the Middle East region.”

Khan added that those markets had seen little in the way of private sector commercial investment in infrastructure-related civil engineering projects on a build, own/operate, transfer (BOT) basis “and we do not see any such projects emerging in the coming years”.

Meanwhile, leading civil engineering/ construction companies are continuing to report growing pressure on costs, suggesting that the industry’s already strong focus on cost control in all areas, including the supply chain, is set to tighten even further.

“Pressure on public budgets is the ultimate cause of this issue – if our customers have less money to spend, this naturally affects its flow down the supply chain,” explained Mammoet’s Kerr.

More positively, though, he also suggested that pressure on project costs is helping to drive innovation within the heavy lifting sector to “facilitate fabrication away from the build site; to minimise disruption to homes and businesses that surround key projects; and to work in closer partnership with customers as they move to more efficient or environmentally friendly building materials that may require alternate maintenance strategies”.

“From our perspective, there is definitely no improvement in the pricing. For the last bridge projects we looked at in Belgium, for example, where the installations were carried out by another contractor, the prices were extremely low,” he commented.

“So while new cranes are becoming more expensive for us to buy and our labour costs are going up, we are not in a position to be able to sell our bridge project services at a higher price. The net result is that our margins are lower.”

Fracht’s Reisdorf agreed there is pressure on costs, although he suggested that is nothing new, and similarly warned there is a risk such pressures could result in some logistics providers cutting prices to the point where they have to reduce service quality.

“The pressure on supply chain costs is already huge and reducing costs further could easily lead to a deficiency in service quality. At Fracht, we would rather not take on a project than risk reducing service quality and failing to meet promises. Some prices in the market, though, make one suspect that not everybody is thinking that way,” he commented.

This article has been taken from HLPFI's May/June 2020 edition.