FROM THE MAGAZINE: How proposed changes will clarify lashing rules

Paul Hoogenhout, senior project engineer at RollDock, discusses some of the proposed changes to Annex 13 of the IMO Code of Safe Practice for Cargo Stowage and Securing (CSS-Code), which provides guidance for the lashing and securing of project cargo. 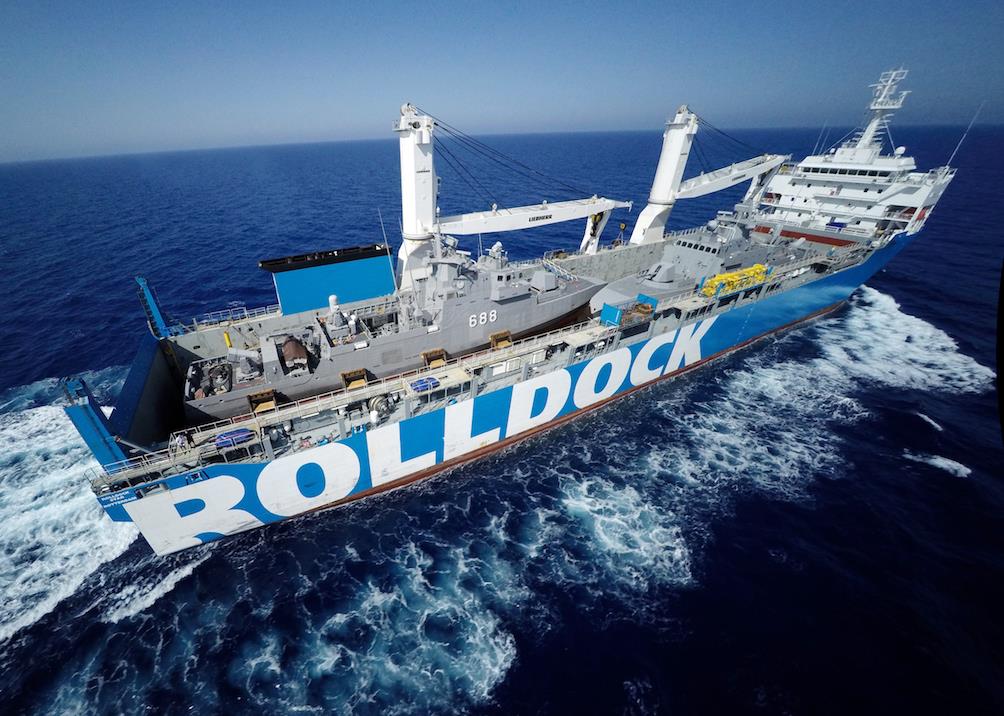 Annex 13 of the IMO CSS-Code has long supported the stowage and securing of cargo on ships. The adopted industry standard contains flexible calculation methods, which enables users to assess non-standardised securing arrangements.

The rules become very grey when something is classified as project cargo, however. Currently, the regulations are either too indecisive or too conservative, and if we want to guarantee safety in our industry, we need to develop a uniform set of rules with clearer definitions.

The article Proposed interpretations of, and amendments to, the Annex 13 of the IMO Code of Safe Practice for Cargo Stowage and Securing was initially published in 2017 and it stated that when these methods and regulations were designed, its scope of application had been phrased in a way to exclude cargo units with “unusual characteristics” and the use of “relevant expertise” had been prompted instead.

The authors – Hermann Kaps and Peter Andersson – put forward eight changes to the annex that aim to improve the safety and efficiency of cargo securing: clarification of weather-dependent load assumptions; speed reduction in head seas; vessel survival criteria in case of a major cargo shift; additional tipping moment due to the rotational inertia; balance of longitudinal sliding and tipping; interpretation of ‘on deck high’; wind moment in tipping balance; and homogeneity of securing arrangements.

For weather-dependent load assumptions, the regulations stipulate that load assumptions for cargo securing should be based on the heaviest winds and sea state that has ever been measured in that specific region. For some vulnerable cargo items, an optimal period and route is chosen. This allows the shipping company to pick a reduction model – of which there are many (pictured below). The proposal suggests that the annex should choose one model to create a unified playing field. 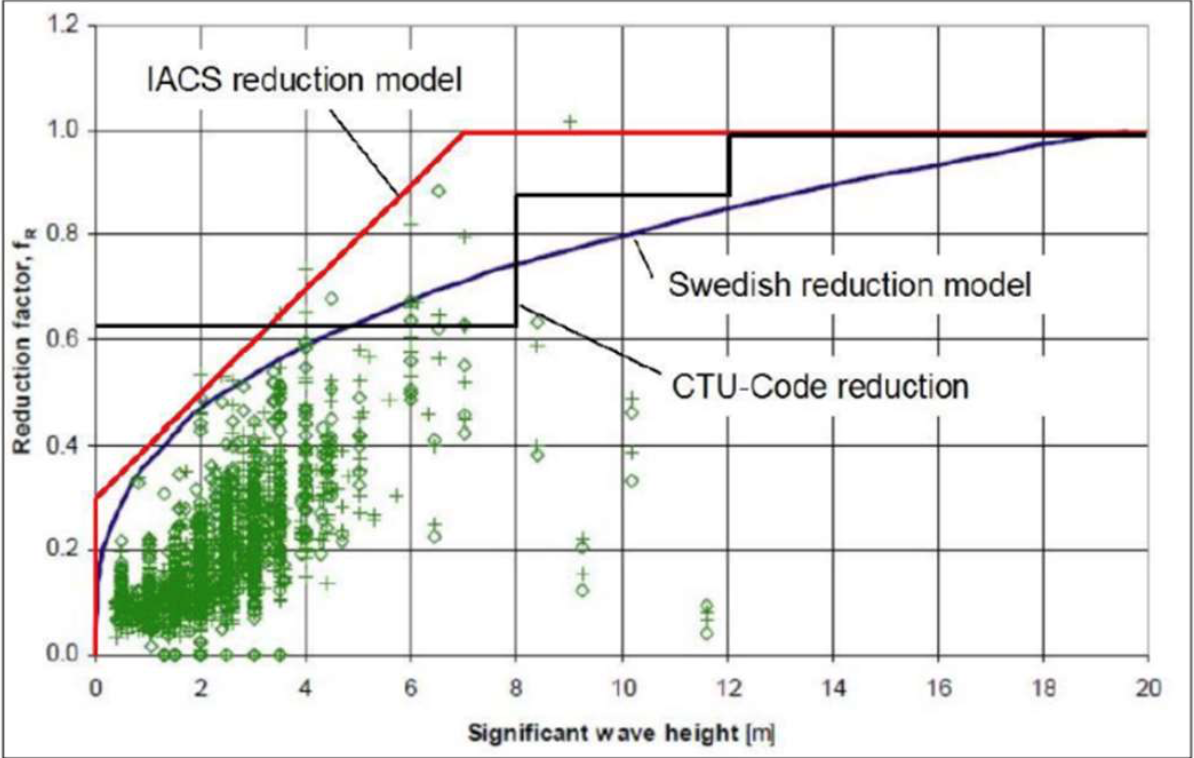 Another proposal concerns speed reduction in head seas. To assess the accelerations that the cargo will experience, the current rules demand that the calculations are done with maximum speed. In reality, a ship with vulnerable cargo onboard in swell will not sail maximum speed in head seas. Therefore, the proposal suggests that calculations for accelerations can be executed with reduced speed.

The mathematical model used for assessing the suitability of a securing arrangement describes the mass of the cargo as being concentrated at its centre of gravity. This is fairly accurate as long as its length, width or height does not exceed 10 m. Large cargo will produce an additional tipping moment due to the distribution of its mass over a larger volume. The real spatial mass distribution requires the compilation of infinitesimal mass elements with individual distances from the centre of gravity. The integration of all different tipping moments over the full mass of the cargo item needs to be considered.

Another proposal is to include the risk of longitudinal tipping of the cargo – something that was classed as irrelevant when the annex was first issued. Increasing shipments of odd-shaped cargo items have led to this risk becoming more substantial, which means it should be taken into account.

Other changes aim to remove ambiguity. For example, the higher the stowage above the waterline of a vessel, the greater the longitudinal and transverse forces on the cargo. Annex 13 has an acceleration table to save time but the interpretation of ‘on deck, low’ and ‘on deck, high’ can vary. In order to remove the ambiguity, formulas should be used that have the actual centre of gravity of the cargo relative to the transport vessel as the input.

This proposal has been put forward because the securing arrangements have their own characteristics. Flexible securing tends to elongate under load, typically by between 1-3 percent depending on the securement. If the two types of arrangements are used in combination, the complete load will end up being supported by the rigid securements.

For example, the load is 30 tonnes in a random direction. This is secured by one 20-tonne capacity welded stopper and two fibre belts, each with a maximum load of 5 tonnes, which combined totals a ‘stopping force’ of 30 tonnes. However, in practice, the rigid stopper will take the entire load due to the elongating characteristics of the flexible securing. This results in a welded stopper designed for 20 tonnes being loaded with 30 tonnes – an insufficient securing arrangement, and one that is allowed under Annex 13.

For exceptional cargo, Roll Group suggests a move away from Annex 13 and instead a move toward DNV GL-ST-N001 Marine Operations and Marine Warranty Standard, which is suitable for large cargo items and only requires changes that can be implemented quickly.

Cargo owners should also be aware of the requirements that come with the transport of exceptional cargo and ensure the cargoes are suitable for transport over land and sea. Roll Group is therefore providing advice to the American Society of Civil Engineers (ASCE) for the development of a set of guidelines for the design of modules, focusing on the important steps in their transport.

This article is taken from the January/February 2019 edition of HLPFI.