Of the 75 seafarers taken hostage or kidnapped for ransom worldwide this year so far, 62 were captured in the Gulf of Guinea – off the coasts of Nigeria, Guinea, Togo, Benin and Cameroon – according to the International Maritime Bureau (IMB). 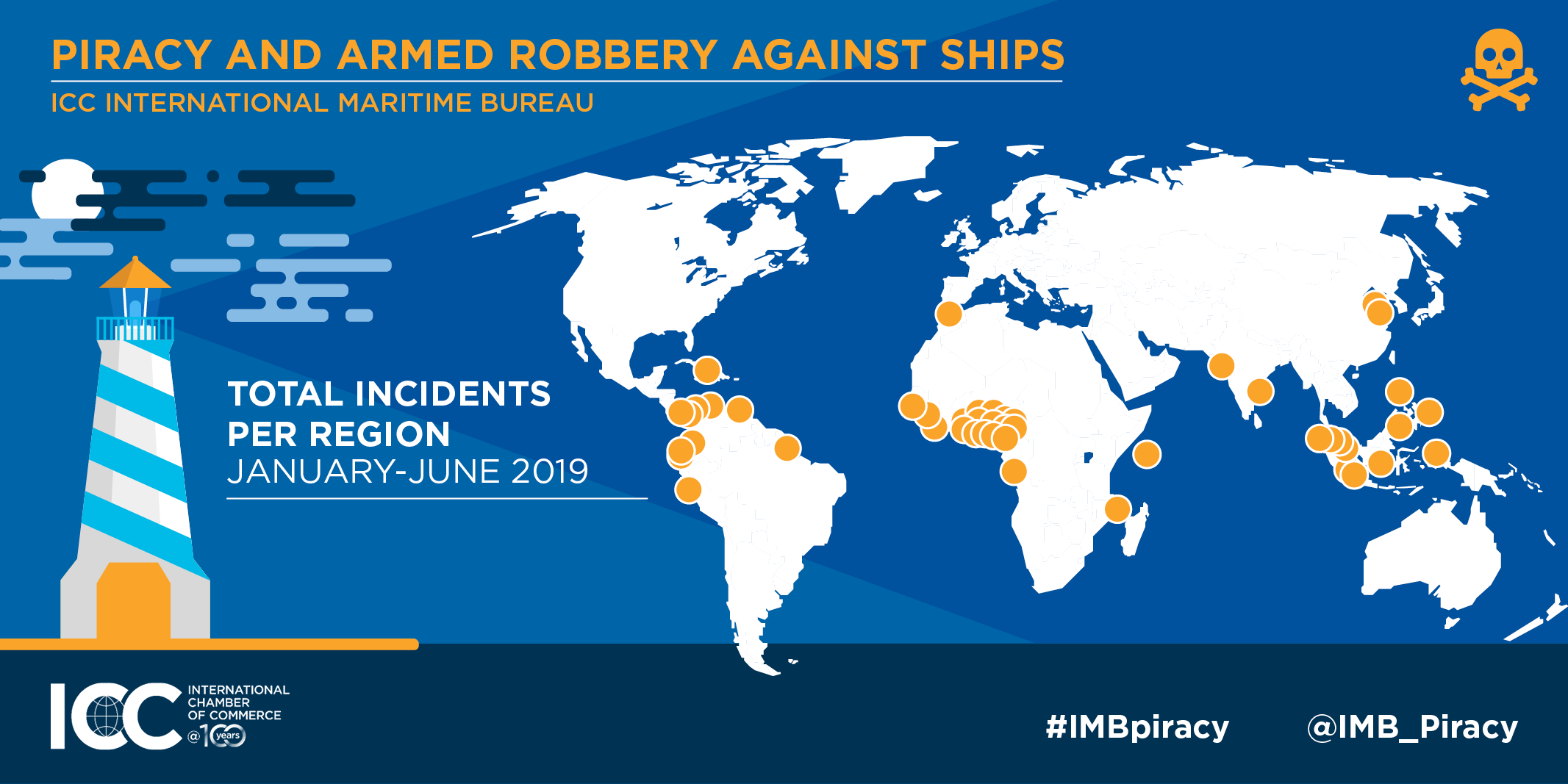 IMB’s piracy reporting centre said 73 percent of all kidnappings at sea, and 92 percent of hostage takings, took place in the Gulf of Guinea, making the seas around West Africa the world’s most dangerous area for piracy.

Still, there are some signs of improvement. The figures represent “a welcome and marked decrease” in attacks in the Gulf of Guinea for the second quarter of 2019.

Nevertheless, IMB is urging seafarers in the region to remain vigilant and report all suspicious activity to regional response centres as well as to its piracy reporting centre. “Early detection of an approaching suspicious craft is key to prevent boarding and give time to raise the alarm and retreat into a citadel, if needed,” said an IMB spokesperson.