Oil and gas decommissioning work is expected to ramp up in the next decade. Dutch contractor Heerema is set to benefit, having been awarded an integrated engineering, preparation, removal, and disposal (EPRD) decommissioning contract for multiple North Sea oil platforms by Petrogas E&P Netherlands. 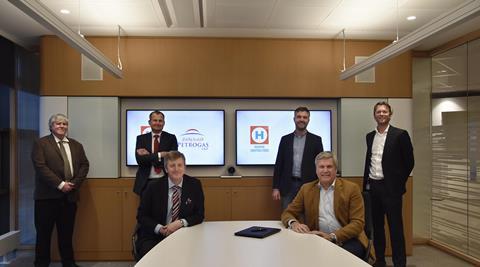 The work involves removing the Haven, Hoorn, Helm, and Helder platforms from Block Q1 of the Dutch sector in the southern North Sea. The execution of the offshore removals will take place over several years. The assets have reached the 40th year of production and during that time have been important contributors to the Dutch oil and gas industry.

Helm, for instance, was the first platform to produce oil on the Dutch continental shelf for the domestic market, starting production in October 1982.

Koos-Jan van Brouwershaven, Heerema’s ceo, said: “Heerema is proud to be Petrogas E&P Netherlands’ chosen contractor for this significant decommissioning project… Heerema has installed the majority of North Sea platforms, and we believe in the circularity of removing these structures, leaving the sea as we found it. This action aligns with our own sustainable and circular ambitions to reuse and recycle wherever possible.”

Decommissioning work in the more mature offshore areas, such as the North Sea and the Gulf of Mexico, is rapidly increasing, as reported in HLPFI’s January/February 2022 edition. According to the Global Offshore Oil & Gas Decommissioning Market Forecast 2021- 2031 published by Visiongain, a UK-based global business intelligence provider, the overall value of the sector is expected to rise from USD9.3 billion in 2020 to just over USD17 billion by 2031, with a CAGR of 5.8 percent during that period.