The port of Morrow, located on the Columbia River near Boardman, Oregon, is teaming up with Omega Morgan to handle the movement of wind turbine blades to the Montague Wind Power facility near Arlington. 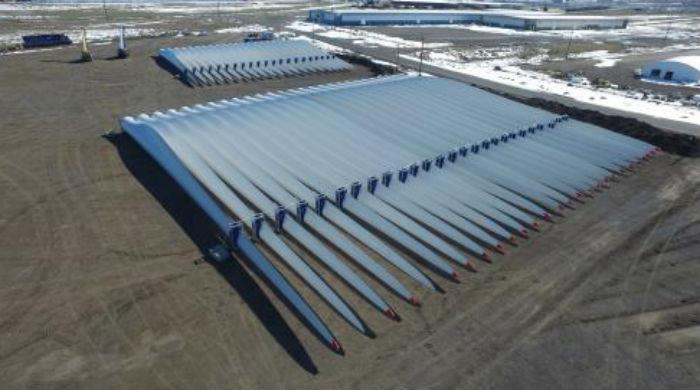 The partners said that the surrounding infrastructure and easy access to Interstate 84 made the port an ideal location to facilitate the movement of the 67 m-long cargoes.

“The length of the blades presents transportation challenges,” added Erik Zander, director of sales for Omega Morgan. “We were looking for options where we could get the blades as close as possible by rail to the final location and then move them by truck to the site. We could not clear them into the distribution centre at Arlington due to size, but we could get clearance into Boardman and set up our staging area there.”

Produced by Vestas and shipped by rail through the Midwest, the components are a part of Avangrid Renewables’ wind farm, which will provide electricity for data centres in Prinevile, approximately 100 miles (161 km) south.

According to Ryan Neal, executive director the port of Morrow, continued investment in rail infrastructure and storage capacity allows the port to partner with companies like Omega Morgan on energy projects in the surrounding region as well as in Western USA and Canada.

In December 2018, the port was awarded a USD19.4 billion BUILD grant to fund infrastructure improvements at marine terminals. The projects will extend rail lines from the Union Pacific mainline to four terminals, which will enable rail-to-barge access for shipments along the Columbia River. 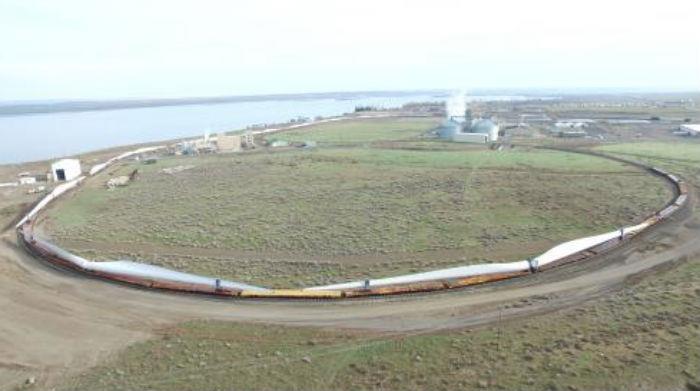 “The BUILD grant will create a unique opportunity for energy projects to unload at terminals with ocean-going vessel capacity and barge upriver to our terminals, with the option to continue on rail or visa-versa for exports,” said Neal.

Both the port and Omega Morgan are part of the High, Wide and Heavy (HWH) coalition that aims to develop a 1,300 mile (2,092 km) transport corridor for energy and infrastructure project cargoes destined for the Pacific Northwest region. The corridor would capitalise on existing multimodal transportation methods by improving infrastructure.

High, wide and heavy loads are currently shipped from overseas markets through Houston, Texas and are transported north to projects in the Midwest and Canada, said the coalition, adding that a route through Columbia River ports would save shippers time and money with shorter transit times and reduced handling.

Omega Morgan recently demonstrated these possible savings with a separate shipment for the Montague wind farm; 50 wind turbine towers were transported from South Korea through Terminal 6 at the port of Portland, which reduced the the transit time by 28 days.