Last year, Samskip shipped components for the Navoi combined-cycle power plant in Uzbekistan – contributing to one of 2018’s largest projects in the Caspian region.

Samskip was contracted by a Turkish company to transport components manufactured by Mitsubishi Hitachi Power Systems (MHPS) and Mitsubishi. The cargoes were shipped from the Far East.

In total, Samskip handled the transport of approximately 84,000 freight tons across 26 sailings from Constanța in Romania to different ports in Turkmenistan and Kazakhstan, using Russian inland waterways to reach the Caspian Sea.

Some of the modules, which had unit weights up to 300 tonnes, exceeded the crane handling weight limits in Constanța port.  These large cargoes were transhipped directly from the heavy lift vessels on to Russian inland waterway vessels employed by Samskip, which required careful planning.

Coordinating these ships without creating waiting times for other vessel was one of the most challenging parts of the project.

The company was also involved in the similar project in Turakurgan, Uzbekistan. Uzbekenergo and JICA are also leading the construction of this 450 MW combined-cycle power plant. 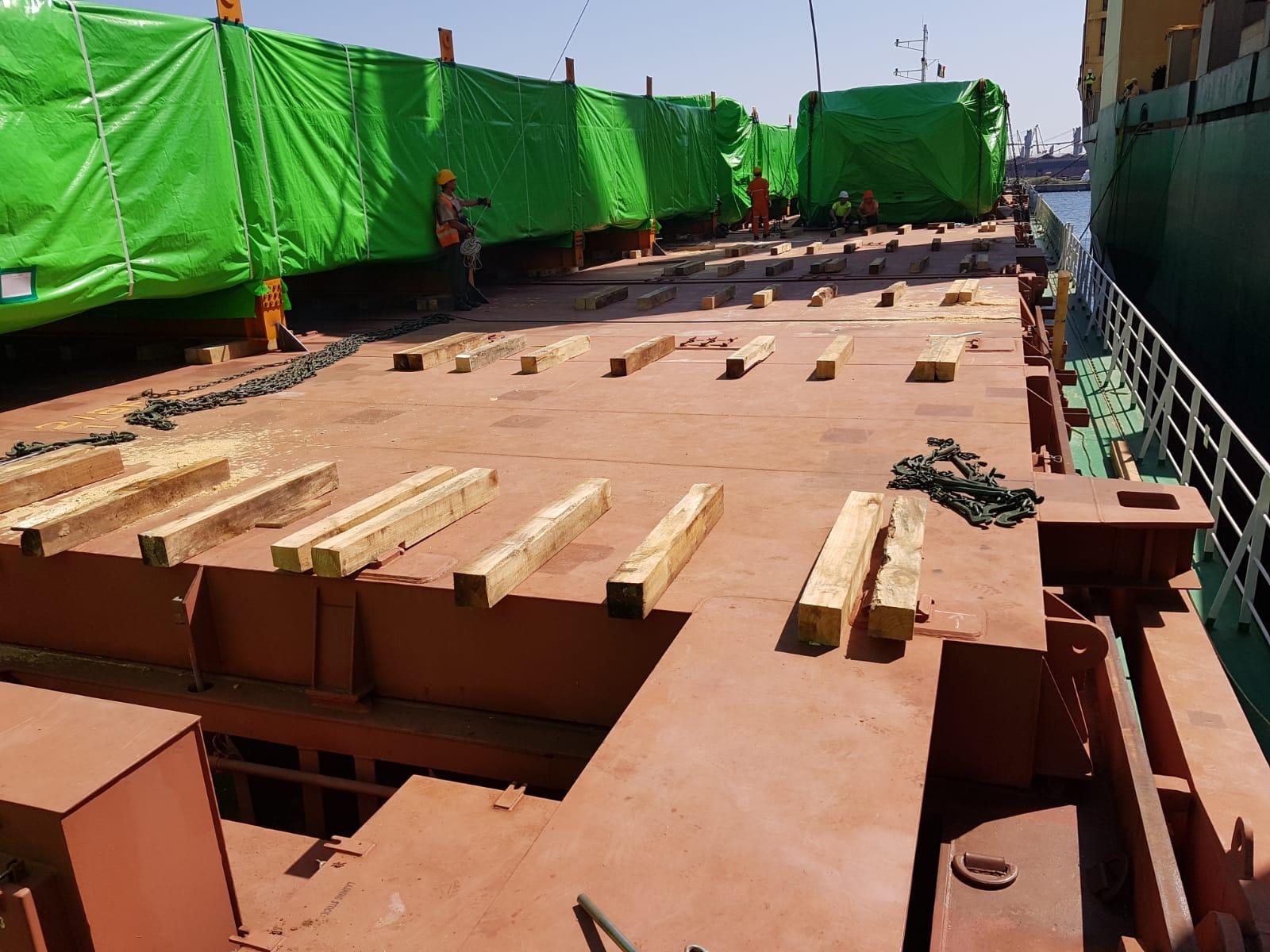 Samskip offers regular sailings within Europe as well as from Europe to Russia and Central Asia. Through its long-term partnerships with asset-owning companies in the region, Samskip has access to a fleet of vessels that are specialised for the transport of project cargoes to the Russian hinterland and Caspian Sea, the latter via the Russian inland waterways.

Malte Bode, manager breakbulk and project division at Samskip, explained that these partners are currently partly replacing old tonnage, meaning the company has access to newbuildings that are be capable of handling larger and heavier cargoes.

“Now, components measuring up to approximately 70 m in length can be transported under deck. There are new possibilities for our customers,” added Bode.

While the current spot market is still challenging, the additional capacity looks to be entering the market at a time when more cargoes are expected to be moving in the region. Bode concluded: “There are bigger projects planned for 2020 onwards.”