The news that the Grand Duchy of Luxembourg is in talks with Chinese investors relating to the sale of its 35 percent stake in all-cargo carrier Cargolux Airlines International, is just the latest development in China's growing interest in foreign airline investment. Chinese aviation investment in the past has been mainly targeted at domestic services. Now, Chinese business and Beijing are looking at foreign carriers such as Cargolux.

Any move on Cargolux would follow the country's HNA Group's 49 percent stake in Turkish cargo operator ACT Airway, growing the country's interest in the global freight market. A delegation from Henan Province and its investment arm, the Henan Civil Aviation Development and Investment Co. (HNCA), conducted an extensive tour of Luxembourg International airport earlier this month, meeting airline Luxair SA, a 43.4 percent shareholder in Cargolux, as well as liaising with other logistics players based at the European gateway.

According to the Luxembourg government, HNCA is one of a number of firms expressing an interest in the shares of Cargolux. The Chinese look set to acquire the 35 percent stake in the freighter airline that the government bought back from Qatar Airlines for its original sale price of USD117.5 million.

Project cargo shippers moving containerised cargo will note the news that the IMO has agreed draft amendments to require container weight verification. Its sub-committee has accepted the compromise proposals by shipping firms and governments to provide for two independent methods for the verification of container weights.

The draft amendments will now be submitted to the Maritime Safety Committee (MSC) for approval with a view to subsequent adoption. Prior to the discussions the two sides of the supply chain had been trading blows and the European Shippers Council (ESC) had issued a statement saying it felt that "measures do not add anything to safety of containers at sea in the immediate (sic) and in the future".


In the corporate world

Abnormal Load Engineering (ALE) has secured funding from a lending club of four banks to support its international expansion plans and strategic objectives.

Afriguide Logistics has completed the construction of its new head office in Durban (pictured top right).

Caracal Energy has selected Geodis Wilson as its logistics partner for the exploration of a new resource field in Chad, its primary market, in a deal worth USD46 million.

Scheuerle and Kamag used the facilities of Precision Enterprises in Florida to demonstrate the K25 PowerBooster modular trailer to the US market.

Gebrüder Weiss' new 10,500 sq m of handling and logistics space alongside 600 sq m of office space in the Georgian capital of Tbilisi has become operational.

Port Manatee will work with The Pasha Group to develop and market a full-service multipurpose ro-ro terminal near the entrance of Tampa Bay, Florida.

Australian Customs Professionals (ACP) has completed the shipment of a glass-bottom boat and an aluminium pontoon to Fiji on a journey that started in Cairns in North Queensland.

A number of Hitachi turbine housings, rejected at Brisbane because of the state of the timber casings, were secured by ACP who then successfully shipped them to Japan.

Super Cargo Service Co Ltd (SCS) has organised the shipment of a rotor from the South Korean port of Mesan to Vietnam in a two-piece consignment weighing 154 tonnes.

To mark the signing of its 200th member, the Project Cargo Network (PCN) has re-launched its website and is now preparing for its annual summit in November, its largest member gathering to date.

Grand Arabia has joined the Project Cargo Network (PCN) as the third and final member in Jordan.

Peters & May has named Noel Viera (pictured right) as general manager of its US operations.

A2SEA has named Andy Reay its new key account manager in the UK and Ireland, which he joins from ABB Consulting where he served as UK power sector business manager.

Evie was all of a flutter when she learned how big-hearted broker Air Partner had joined a major project to relocate live sea eagle chicks from Norway to Edinburgh, which helped the first sea eagle chick to be hatched in East Scotland in just under 200 years.

The girl is keenly watching and waiting for Tian Tian and Yang Guang, the pandas in Edinburgh Zoo, to become parents. In the meantime, she was tickled to learn that a 'panda' is now flying between Chengdu Shuangliu International Airport and London Heathrow. After her initial surprise, she quickly learned that the panda turns out to be a British Airways 777-200 given a unique panda design to mark the start of the three times weekly service.

Heavy Lift & Project Forwarding International is upping its game in the social media arena. Our well established LinkedIn group complements the print and online editions of HLPFI and offers you the opportunity to discuss key issues and network with your peers and a wide cross-section of industry experts. Join the discussion now at: http://tinyurl.com/ces7odb Our Twitter feed @heavyliftpfi is now being populated with several tweets every day and we now have a page on facebook where news will also be posted daily. If you use facebook, search for HLPFI and like our page.

Recruiting the right person can be a costly business. Agency fees can be prohibitively high and going through countless irrelevant applications can be very time consuming. Why not advertise your employment vacancy on our website???If you have a job vacancy to fill contact us today via ian@heavyliftpfi.com or on +44 (0) 1689 860660.

Join us on LinkedIn

With work complete on Issue 34, copies are now in the mail and should be hitting your desks by the end of the month. Work has started on issue 35, our November/December 2013 issue, which will include country reports on Austria & Switzerland, France, Denmark and the Nordic Countries, as well as South Africa; plus a review of project cargo logistics within the non-renewable energies sector; an industry focus on inland waterways; an operational review of cargo warranty surveying; a focus on equipment hire companies, plus our regular articles on law, insurance and safety; and letters from our regional correspondents. It will also include our annual supplement on the Caspian States and Central Asia. To discuss possible editorial contributions, or book advertising, contact Ian Matheson on +44 (0) 1689 857631 or ian@heavyliftpfi.com for more information. 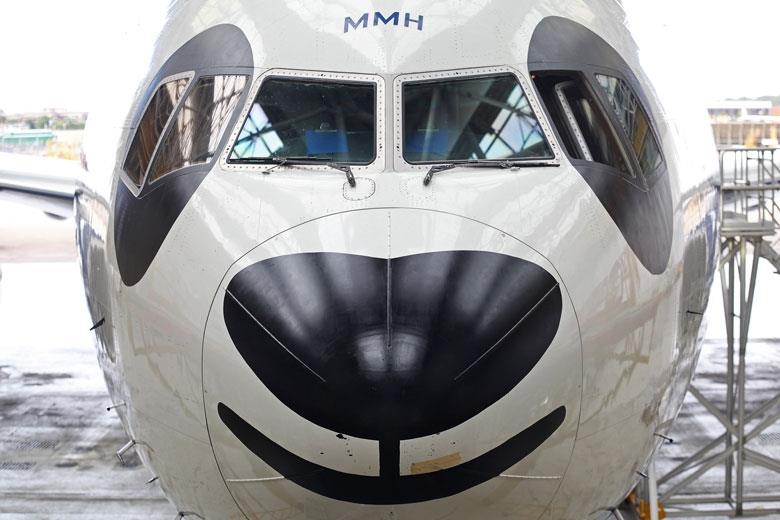